WASHINGTON, May 2, 2008 – No nation can solve the problem posed by radical extremism by itself, the chairman of the Joint Chiefs of Staff told the 102nd annual meeting of the American Jewish Committee here last night.

“In this extraordinary time of fast-paced change, the challenge of violent extremism underpinned by radical ideologies threatens our way of life every day,” Navy Adm. Mike Mullen told the 1,500 members gathered at the gala reception and dinner at the National Building Museum. “Those challenges are not Israel’s or America’s alone: They belong to the world, and it will take the world … to face them and overcome them.”

The committee is celebrating the 60th anniversary of the founding of modern Israel. The group long fought for the establishment of Israel, but it was only after the horrors of the Holocaust that the United Nations acted in 1948.

The committee honored members of the Israeli National Defense University who attended the dinner.

“Tonight is a bittersweet evening. We gather to remember the horrendous loss of life, the millions of futures snuffed out during the ‘Shoah,’” Mullen said, using the biblical word meaning “calamity” that has become the standard Hebrew term for the Holocaust, the genocide of some 6 million Jews during World War II by Adolf Hitler and his Nazi regime in Germany.

Israel is a thriving democracy, has a vibrant economy and fields a powerful military, the chairman said. “Israel’s strength is firm,” he said. “For 60 years now, we have firmly stood beside you as you have fought to stay free, and we will stand beside you always.”

The Middle East remains the biggest security threat on the globe, Mullen said, and Iran is at the core of those troubles.

“Iran is a regional spoiler that is bent on egregiously undermining efforts to stabilize the Middle East,” the admiral said. “Their irresponsible influence extends well beyond Iran’s borders. Their pursuit of nuclear arms, their sponsorship of terrorism and the perfect nightmare that is the nexus of the two, is a threat to Israel and throughout the region.

“To the degree that Iran continues to operate undeterred and unchecked,” he continued, “peace, security and stability in the Middle East will remain elusive.”

Central Asia is another area of concern. Mullen said the Taliban is on the offensive in Afghanistan, and a stiffening of resistance has taken place, especially in the southern part of the country. The April 27 assassination attempt on Afghan President Hamid Karzai is just the most recent example of the dangers in the nation, Mullen said.

“Afghanistan is an economy-of-force mission, where we do what we can,” he said. “But doing what we can is not doing all we should.” The chairman said the recent U.S. deployment of 3,500 Marines to Afghanistan is a start, but not enough.

The chairman shared the dais with French Prime Minister Francois Fillon, and he complimented the French for their deployment of 1,400 troops to help in training the Afghan army and France’s promise of more to come.

All nations must work with Pakistan’s new government to address the challenges in the tribal area, he added.

The chairman also praised the military personnel from around the world who have come together to fight the forces of radical extremism.

“I am always mindful, as we all should be, that the opportunity to gather here this evening is made possible by the thousands of men and women — Americans, yes, but also from many other countries — who every day serve, many of them in harm’s way, all over the world,” he said.

“We know that today and every day our precious liberty is safeguarded not by ideals and laws alone, but by men and women in uniform risking their lives to keep us safe,” Harris said. “We know the burdens borne by these brave sons and daughters of America and of our allied forces in Iraq and Afghanistan and on other battlefields. Their service today — as in years past — humbles us, inspires us and fills us with gratitude.”

The lessons of the past are that “ignorance, bigotry and extremism cannot be ignored or they will spread like cancer across the land, leaving fear, destruction and tyranny in their wake,” Mullen said. “We have seen the results of complacency — the lives lost to the ravages of Nazism and other forms of radical extremism throughout history.”

“Those of us who can must lead and must fight for a world where the parents of every faith, every race, every color can raise their children to a higher standard of living and a better life in a stable environment,” he said. 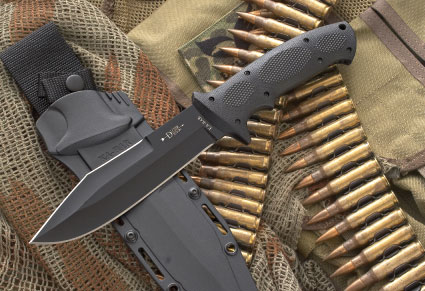 WASHINGTON, May 2, 2008 – No nation can solve the problem posed by radical…