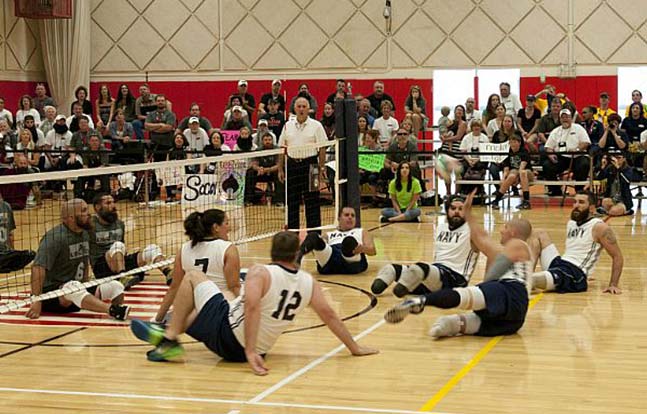 Later in the day, Team Navy defeated the Air Force in wheelchair basketball and sitting volleyball.

During the cycling race, Segarra, who was injured in a traffic accident in 2010 and is a first-time Warrior Games competitor, overcame mechanical issues to claim victory in his first cycling race.

“When I was coming up the steepest hill and coming to the finish, I was chanting ‘Navy!'” proclaimed Segarra at the finish. Segarra will also compete in swimming and wheelchair basketball.

“It feels pretty good to win the gold medal – I didn’t think I was going to get it!” Segarra added. “I am just really glad to be around Sailors and again, and my favorite part of this event is the camaraderie. I feel like I have my place again, and I’m back with my second family.”

At the U.S. Olympic Training Center, Team Navy led on the basketball court from the start, to beat the Air Force team with a 38-19 victory. Rodriguez scored 16 points during the game – more than any other player.

“We came out and executed how we’ve practiced,” said Rodriguez Santiago, whose left leg was amputated above the knee after a 2011 motorcycle accident. “This gives us confidence going into our next game against Army.”

Later, in sitting volleyball, Team Navy forced a third set against Air Force after splitting the first two. After initially falling behind in the third set, Team Navy battled back to defeat Air Force in front of lively Navy fans.

Thirty-nine seriously wounded, ill and injured Sailors are competing on behalf of Team Navy at the Warrior Games. All of the team members are enrolled in Navy Wounded Warrior (NWW) – Safe Harbor, the Navy’s wounded warrior support program. The Warrior Games are held being held Sept. 28- Oct. 4. 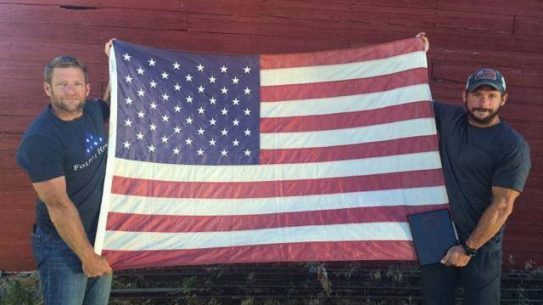