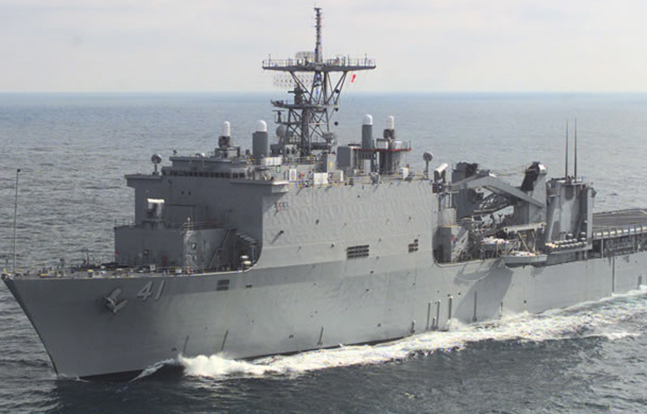 The all new LXR could be a new design of existing ships like the LSD 41 USS Whidbey Island.
Comment(s)

In an attempt to cut costs without sacrificing performance, U.S. Navy officials are researching a large commercially designed parts for its new LXR amphibious ship.

The U.S. Navy is looking to incorporate a commercial-based ship propulsion system onto the new ship.

The LXR assault ship would not be the first U.S. Navy ship to rely on a commercial means of construction. The 80,000-ton Mobile Landing Platform (MLP) is “a 785 foot-long commercial Alaska-class crude oil carrier” that draws “heavily upon commercial technologies,” according to DoDBuzz.com.

Called the LXR, the new amphibious ship could be a new design or configuration of several existing ships such as a version of the existing LSD 41/49 or a modified version of the Navy’s LPD 17 San Antonio Class amphibious transport dock, service officials said.

“You put the propulsion train on a commercial standard which is still very survivable. Commercial ship operators don’t want their ships to fail if they hit the rocks or get hit by a tug hard,” Vice Adm. Willy Hilarides, Commander of Naval Sea Systems Command, told DoDBuzz.com. 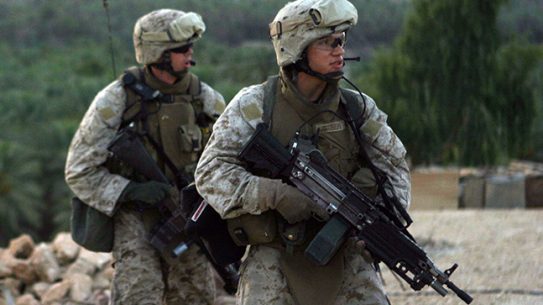 Marine Corps’ Expeditionary Force 21 to Get Push at RIMPAC

Small-unit expeditionary operations from the U.S. Marine Corps to be a focus at RIMPAC,...