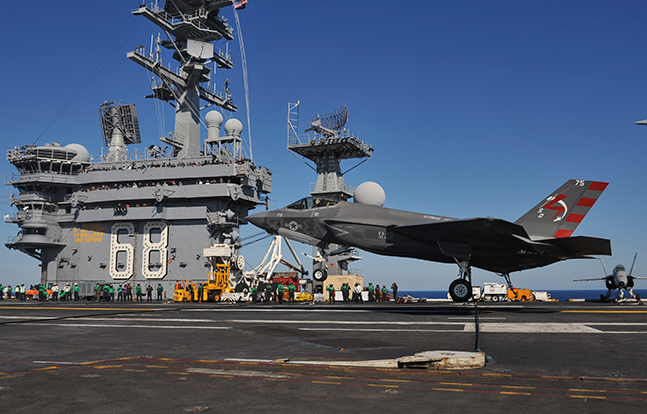 The landing took place aboard USS Nimitz’s (CVN 68) flight deck off the coast of San Diego as a part of the initial at-sea Developmental Testing I (DT-I) for the F-35C, according to a Navy release.

As with the initial testing of any new aircraft, the goal is to collect environmental data through added instrumentation to measure the F-35C’s integration to flight deck operations and to further define the F-35C’s operating parameters aboard the aircraft carrier.

The ITF test team will analyze data obtained during flight test operations, conduct a thorough assessment of how well the F-35C operated in the shipboard environment, and advise the Navy to make any adjustments necessary to ensure that the fifth-generation fighter is fully capable and ready to deploy to the fleet in 2018.

“With the first traps of the F-35C Lightning II aboard an aircraft carrier, we begin the integration of the next generation of warfighting capability into our carrier-based air wings,” Vice Adm. David H. Buss said in a statement. “This important milestone is yet another indicator of Naval Aviation’s ongoing evolution to meet future threats and remain central to our future Navy and National Defense Strategy.” 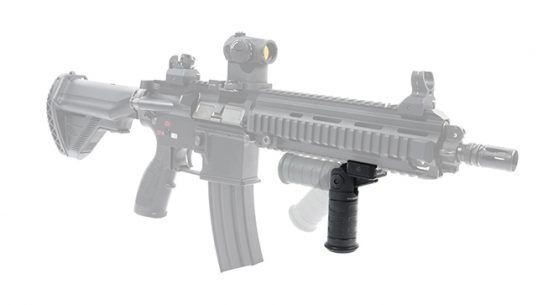 Stubby Grips line to include both Para Stubby and Steady Stubby at lengths of...