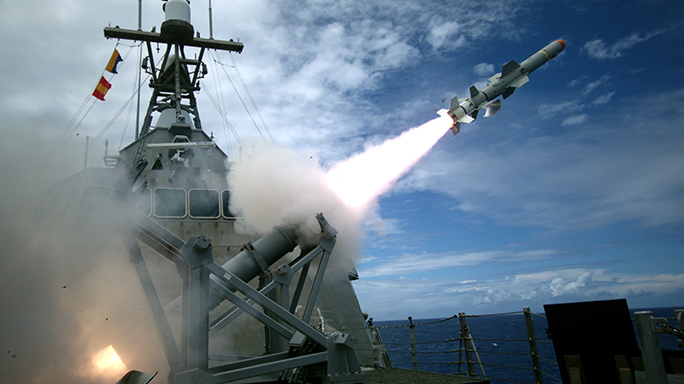 USS Coronado (LCS 4), an Independence-variant littoral combat ship, launches the first over-the-horizon missile engagement using a Harpoon Block 1C missile. Twenty-six nations, 40 ships and submarines, more than 200 aircraft and 25,000 personnel are participating in RIMPAC from June 30 to Aug. 4, in and around the Hawaiian Islands and Southern California. The world's largest international maritime exercise, RIMPAC provides a unique training opportunity that helps participants foster and sustain the cooperative relationships that are critical to ensuring the safety of sea lanes and security on the world's oceans. RIMPAC 2016 is the 25th exercise in the series that began in 1971.
(Photo by U.S. Navy photo by Mass Communication Specialist 2nd Class Michaela Garrison/Released)
Comment(s)

The following is a release from Program Executive Office Integrated Warfare Systems:

The test event validated the operation of the Harpoon missile aboard a littoral combat ship and provided the necessary engineering data to support future ship upgrades.

The Harpoon installation aboard Coronado involved the collaboration of fleet and industry partners, such as ship designers, system design and sustainment experts, and installers to rapidly adapt and install the missile on Coronado.

“The incorporation of an ‘off-the-shelf’ Harpoon missile on USS Coronado in less than four months was no small feat and supports [the Chief of Naval Operations’] focus on accelerated learning to bring capabilities to the fleet faster,” said Capt. Joe Mauser, PEO IWS Harpoon lead.

Harpoon is an all-weather, over-the-horizon weapon designed to execute anti-ship missions against a range of surface targets. It can be launched from surface ships, submarines and aircraft and is currently used on 50 U.S. Navy ships: 22 cruisers, 21 Flight I destroyers and seven Flight II destroyers.

The test is part of a greater strategy by the Navy to increase the lethality and survivability of littoral combat ships, which includes demonstrating and deploying over-the-horizon capability on Coronado and USS Freedom (LCS 1) in the near term.

“With every deployment, LCS is bringing increased capability to the fleet, and USS Coronado is no exception,” said Rear Adm. John Neagley, program executive officer for LCS. “The Harpoon demo is yet another example of the power and promise of these warships.”

In September 2015, Director of Surface Warfare Rear Adm. Peter Fanta directed the installation of a technologically mature, over-the-horizon capability across in-service littoral combat ships to support the Navy’s distributed lethality concept. Priority was given to Coronado and Freedom as ships preparing to deploy in fiscal year 2016.

In the case of Coronado, an in-service variant of the Harpoon Weapon System (HSLCLS 9/10 and Block 1C missile) was selected as a proven off-the-shelf combat capability.

While this demo represents the first over-the-horizon Harpoon missile test from an Independence-variant LCS in an operational setting, no decision has been made on which over-the-horizon missile will be integrated into the LCS platform. That will be determined by a future competitive contract award.

RIMPAC is a biennial multinational exercise that provides a unique training opportunity that fosters sustained cooperative relationships critical to ensuring the safety of sea lanes and security on the world’s oceans. 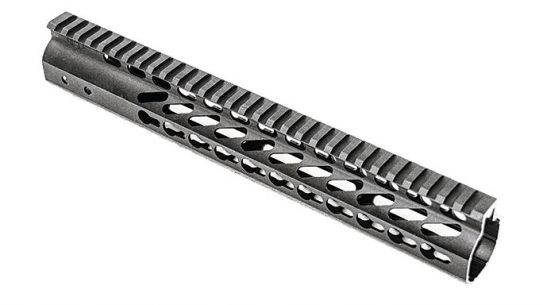