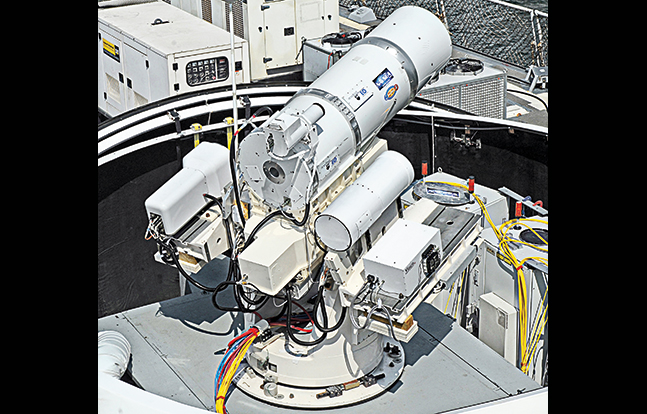 The Laser Weapon System (LaWS) onboard the USS Ponce enables sailors to use a solid-state laser, paired with radar tracking obtained from an MK 15 Phalanx, to defeat small boat threats and aerial targets.
Comment(s)

The LaWS is described by the U.S. Navy as a solid-state fiber laser that is designed to snuff out threats the ship or its friends might encounter like enemy drones, small boats, light aircraft and missiles.

The range and power levels of the weapon remain classified, however, because the LaWS is a prototype combat system, according to U.S. Navy officials.

“One of the key benefits of the system being installed onboard the USS Ponce is its ease of use,” said U.S. Navy Captain Mike Ziv, program manager for directed energy and electric weapons at Naval Sea Systems Command (NAVSEA). “Engineers working on the system have simplified the control system so that it can be operated by a single sailor with only minimal training, particularly sailors already familiar with standard Navy combat systems.” 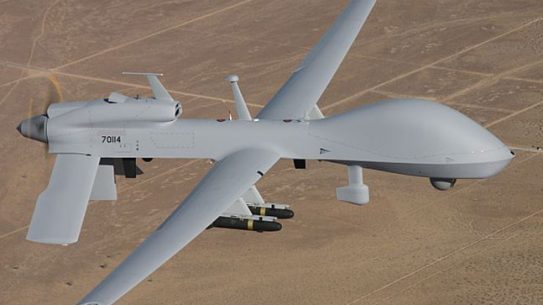 The new 50,000-square-foot UAV complex will house both the Gray Eagle and Shadow unmanned...