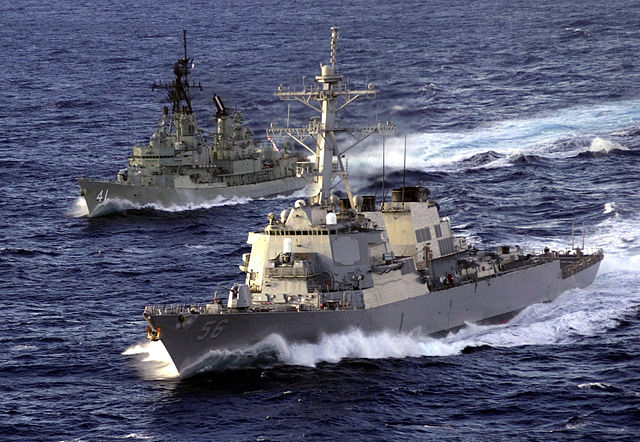 The U.S. military has moved a Navy ship capable of intercepting missiles to waters off the coast of the Korean Peninsula, as threats from North Korea’s Kim Jong Un escalate and the White House signals it wants to head off any potential conflict by flexing America’s military might.

A U.S. defense official confirmed to Fox News that the Navy had moved the U.S. destroyer to a location near South Korea. The ship, the USS McCain, is equipped with the Aegis defense system and is capable of shooting down missiles. Officials initially misidentified the ship but later clarified the USS McCain had been dispatched.

The defense official said the decision is not part of the ongoing joint military exercise with South Korea but part of the Navy’s general movements. The Navy had the same type of ship in this location as recently as December.

The U.S. military has moved a Navy ship capable of intercepting missiles to waters…