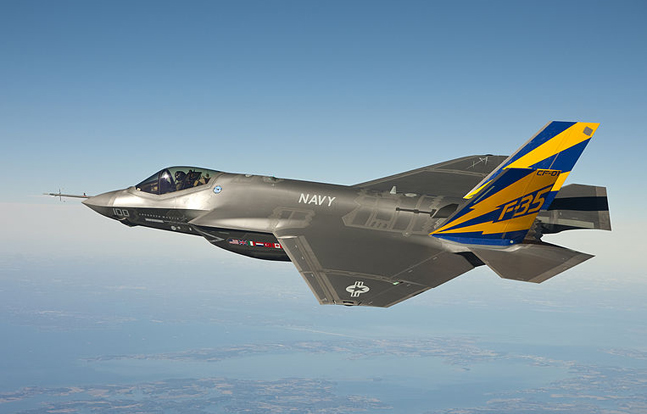 The F-35C Joint Strike Fighter is scheduled to be flown by Navy pilots from an aircraft carrier this October.
Comment(s)

The F-35 Joint Strike Fighter is scheduled to be flown by Navy pilots from an aircraft carrier this October. According to National Defense Magazine, the plane’s performance will be closely monitored by officials amid a redesign of the arresting hook on the aircraft carrier. The role of the F-35C in an air wing will also be looked at by navy commanders.

As National Defense Magazine points out, it’ll be years before the F-35C will join air wings. While the Marine Corps anticipates a 2016 completion date for the F-35B, the Navy says the F-35C won’t be operational until 2019.

“We are only half way through the initial development plan,” says Navy Lt. Cmdr. Michael Burks, an experienced test pilot who has 150 hours in the cockpit of the F-35C and B.

The Navy has scheduled flight tests for the F-35C through 2017. The $400 billion Joint Strike Fighter program includes three versions of the F-35: one each for the Air Force, Marine Corps and Navy.

As National Defense Magazine points out, the Navy wants to finish software development and address glitches in the helmet-mounted displays. After that, it will discuss how to include the F-35C into their air wing. 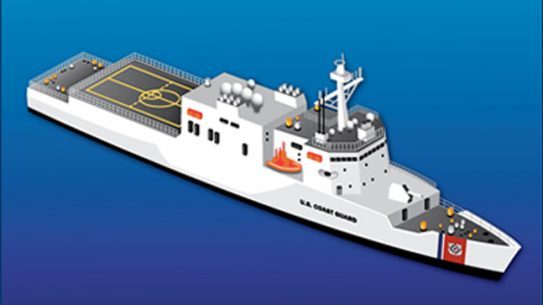 Three separate companies have been awarded preliminary design contracts with the US Coast Guard...