WASHINGTON, March 1, 2008 – On what was described as a “fine Navy, Marine Corps day,” in New Orleans, Defense Department officials, servicemembers and distinguished guests gathered today to christen a tangible symbol of America’s mettle.

“This is a special day for a magnificent ship that has a special place in the heart of every American,” Deputy Defense Secretary Gordon England said during the christening ceremony for USS New York.

Everyone in the country, he said, has felt a special connection with New York since the Sept. 11, 2001, terrorist attacks. “On the day the towers fell, all Americans were New Yorkers,” he said. The USS New York’s bow stem was forged from nearly 8 tons of steel salvaged from the wreckage of the World Trade Center.

Sailing under the motto, “Never Forget,” the ship and its sister ships, the Arlington and Somerset, are living tributes to those killed on Sept. 11, England said. By virtue of its name, he added, New York also carries with it a reminder of the U.S. commitment to freedom.

According to naval tradition, the christening of a ship conveys the spirit of the vessel’s namesake. In this case, the christening may have been a formality, Chief of Naval Operations Adm. Gary Roughead said.

“This timeless tradition that is essential in imbuing the spirit of a namesake into a ship may not even be required, because this ship is already imbued,” the admiral said. “It is forged. It is instilled with that identity already.

“(USS) New York will forever conjure the valor, the sacrifice, the heroism and the tenacity of that city, that state, and our nation,” he added.

The christening also is said to convey the spirit of the ship’s sponsor — in this case, Dotty H. England, wife of the deputy defense secretary. The tradition goes a step further with the New York, she said.

“With this unique ship, we are also going to give it the spirit of the 9/11 heroes, the spirit of New Yorkers and the indomitable spirit of Americans,” she said. “We will keep that same spirit in our hearts and minds forever.”

Though the USS New York has yet to welcome its first crew aboard, the assistant commandant of the Marine Corps began writing its storied legacy today.

“In the long years of this warship’s service life, she will help defend America and our allies and friends. Through (that) service, future generations will proudly honor … all of the fallen angels of 9/11,” Gen. Robert Magnus said.

“As sure as day follows the night, good follows evil,” he added. “As you’ve heard (it said), ‘If it takes those who guard the streets of heaven – and it does – to follow evil into the gates of hell, they will come from ships like New York.”

When New York is officially commissioned into the Navy’s fleet in New York City next year, it will carry with it a reminder for all future crews why it’s more than just another new ship.

On Sept. 11, 2006, Boy Scout Troop 40 from Hopewell Junction presented the Navy with a flag flown above Ground Zero.

“Faded, frayed, still bearing the dust and debris from its silent watch, it was an extraordinary gift that will grace the ship forever,” said Navy Rear Adm. Charles H. Goddard, Program Executive Office, Ships. “I can think of no more fitting reminder that freedom is not free.”

Defense contractor Northrop Grumman Corp. built the 684-foot ship, which can accommodate 800 Marines in addition to its crew. The corporation has a long history building ships for the Navy that includes building many of the ships in President Theodore Roosevelt’s “Great White Fleet.”

“No matter how many times she carries young Americans into battle, we can be confident that like her namesake, New York, she may know damage, but she’ll never know defeat,” said Ronald Sugar.

And the ship already has proven to be tough, as it took Dotty England two swings to break the bottle of champagne on its bow. 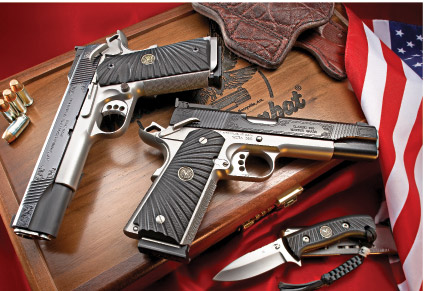