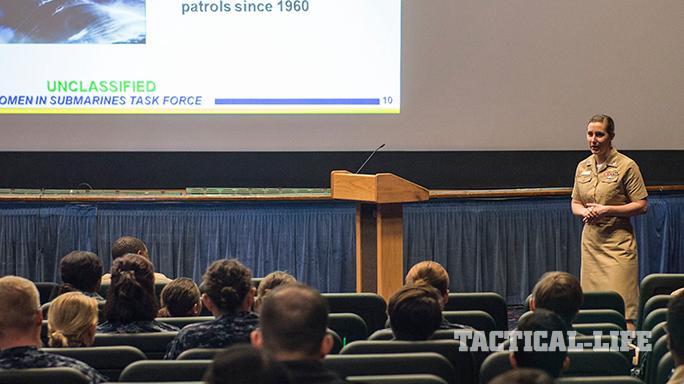 The following is a press release from the U.S. Navy:

The road show is spreading the word that the submarine force is now open to female enlisted Sailors from E-1 to E-8. Speakers discussed how junior female Sailors could convert to rates in the submarine force and the type of candidates the force is seeking. In addition, they provided an insight of the lifestyle aboard submarines.

“Up until 21 January all the enlisted billets in the submarine force were previously closed to women,” said Hutton. “That policy has now changed and there is an opportunity for our female Sailors to cross the fleet and conduct rating conversions into the submarine force.”

“It’s important for the Navy to incorporate females into the submarine community,” said Command Master Chief Veronica Holliday, from the guided-missile destroyer USS Wayne E. Meyer (DDG 108). “There’s a lot of talent that female leadership and female Sailors themselves bring to the table that our male counterparts aren’t aware of because the experiences have been different.”

“There’s an opportunity to bring in, recruit and select for conversion some immense talent and great Sailors to make our submarine force and our Navy across the board stronger,” said Hutton. “We’re looking for Sailors that are going to bring experience from the surface and aviation communities into the submarine ratings for tomorrow to make the submarine force stronger.”

Enlisted females who complete a non-nuclear rating conversion will attend Basic Enlisted Submarine School (BESS) in Groton, Connecticut, prior to arriving aboard their ship. BESS provides screening of future submariners in adaptability and reliability and prepares Sailors to pursue submarine qualifications aboard an operational submarine.

“It’s fantastic to see females integrated into submarines,” said Seaman Apprentice Renee Vouy, an A-school student studying to be a sonar technician – surface (advanced electronics field). “I’m excited for the opportunity to be one of the first enlisted females on a submarine.”

For more information about enlisted females in submarines go to: http://www.public.navy.mil/bupers-npc/enlisted/community/submarine/Pages/EnlistedWomeninSubmarines.aspx 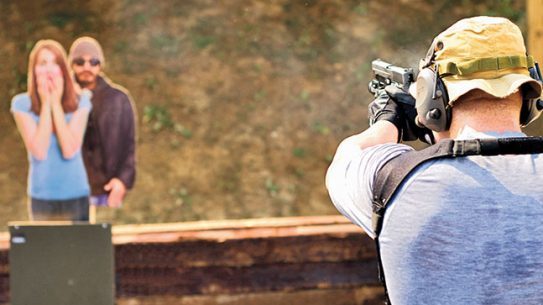 Challenge Targets' Extreme Hostage Target provides a system where the “suspect” moves side to...