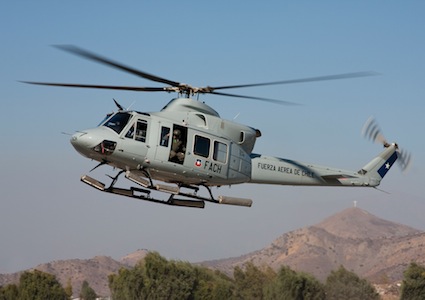 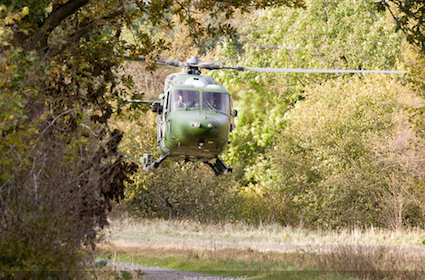 “The capabilities the team demonstrated represent a big leap forward in battlefield situational awareness by providing Beyond Line Of Sight access to voice/data/imagery and targeting information for disadvantaged users like Marines or Sailors in small or isolated units,” explained Doug Isleib, director of the Naval Aviation Center for Rotorcraft Advancement, the team that operates the testbed. “T-Rex was able to participate and exercise recently developed technology that could allow Sailors and Marines in tactical environments more rapid access to tactical networks at greater range and with up to 30 times more bandwidth.”
Additional objectives demonstrated by the NACRA test team during early May included geo-location and transmission of IR threat data into the network, onboard integration of FLIR and missile warning sensors, tactical white boarding over the network, and remote tasking of the NACRA testbed FLIR which can significantly shorten response times, according to Isleib.

“We have a pretty wide range of projects in the near term that will reduce programmatic risk, lower total ownership costs and ultimately put improved capability into the hands of our Sailors and Marines,” Isleib said. “Hopefully, we can help transition some promising technology like fiber optics, small business projects, full-motion video and the next phase of Digital Systems Upgrade work.” 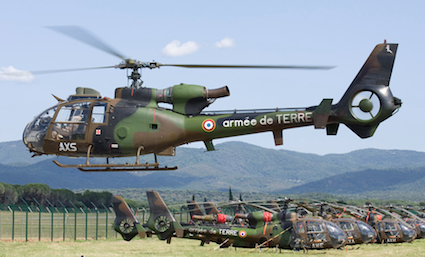 Testbed success in this, as well as other efforts came through teamwork across the Naval Air Warfare Center Aircraft Division, according to Isleib.

“Technical and modification assistance from the Aircraft Prototype Systems Division was critical to our successful completion of this demonstration,” Isleib said. “Their timely response and technical expertise helped us flex to a very demanding schedule and fluid situation.”