What, too soon? You got other stuff on your mind maybe? Most of us sat in disbelief Monday with the actual public release of authentic Navy UFO footage. Uh, what in the X-Files is going on here? 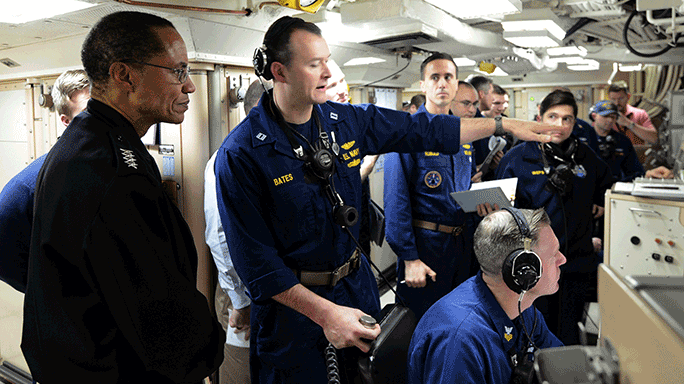 Look, it’s not the Navy’s fault we’re presently gripped in a global pandemic. (Or is it?) Actually, China said the Army did it. But now we’re getting offtrack. Forgive us if we’re not really in the mood to take on more new life-shattering information right now. It does, however, bring a whole lot of past Space Force memes to mind. Maybe President Trump was more on point with that one than anyone gave him credit.

After circulating online for years, the Department of Defense confirmed footage authentic on Monday. The video shows unexplained aerial objects with a soundtrack of Navy pilots shouting in absolute bewilderment. Two of the videos were shot in January 2015, with a third dating back to November 2004, according to a DOD release.

“After a thorough review, the department has determined that the authorized release of these unclassified videos does not reveal any sensitive capabilities or systems, and does not impinge on any subsequent investigations of military air space incursions by unidentified aerial phenomena,” the release stated. “DOD is releasing the videos in order to clear up any misconceptions by the public on whether or not the footage that has been circulating was real, or whether or not there is more to the videos. The aerial phenomena observed in the videos remain characterized as ‘unidentified.'”

For UFO conspiracists, the footage must represent Watergate, Deflate-Gate and Weekend at Bernie’s all rolled into one. Maybe we should have stormed Area 51 after all?  Man, I don’t know, this just seems like a lot to take in. For now, I’ll just be over here wearing my DIY Mask, squaring away my Boba Fett gear, getting ready to welcome these lil’ green bastards to Earth.