Nevada DPS
During the department’s selection process for a new patrol rifle, the Nevada DPS made a decision to change from the individual authorized carry program to a single operating system and platform for all of its officers. The Nevada DPS tested several manufacturers’ rifles during the evaluation period and ultimately selected the Smith & Wesson M&P15X tactical rifle. Officials indicated that the M&P15X was standard with several of their preferred features including a quad-rail forend for multiple accessory attachment points, a folding battle sight and a gas operated system.

Along with the 500 M&P15X rifles, Smith & Wesson provided the Nevada DPS with a training and armorers course package. As the department continues its full conversion over to the new Smith & Wesson rifles, officers will complete a certification course before being issued the new patrol rifle.

“The decision by both the Nevada DPS and the Nebraska State Patrol to convert to our M&P15 rifles continues to reinforce the positive reputation that these firearms have earned with police forces throughout the United States,” said Leland Nichols, Vice President of Global Sales for Smith & Wesson. “Today, we offer over 16 variants of the M&P15 rifle, each designed with a specific set of features needed to address different military and law enforcement requirements. Much like the success that the M&P pistol has achieved, the M&P Rifle Series is clearly winning the confidence of law enforcement officers.” 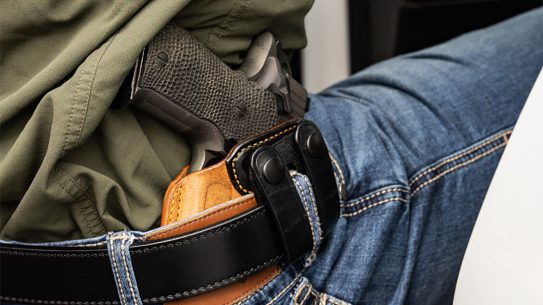