Back in October, U.S. Army Chief of Staff Gen. Mark Milley said at the Association of the U.S. Army (AUSA) annual meeting that the service’s next individual and squad combat weapon would be a “10x improvement over any existing current system in the world,” including the M4. Last week, Milley clarified exactly what he meant by “10x,” while also providing an update on the progress of the new Army rifle. 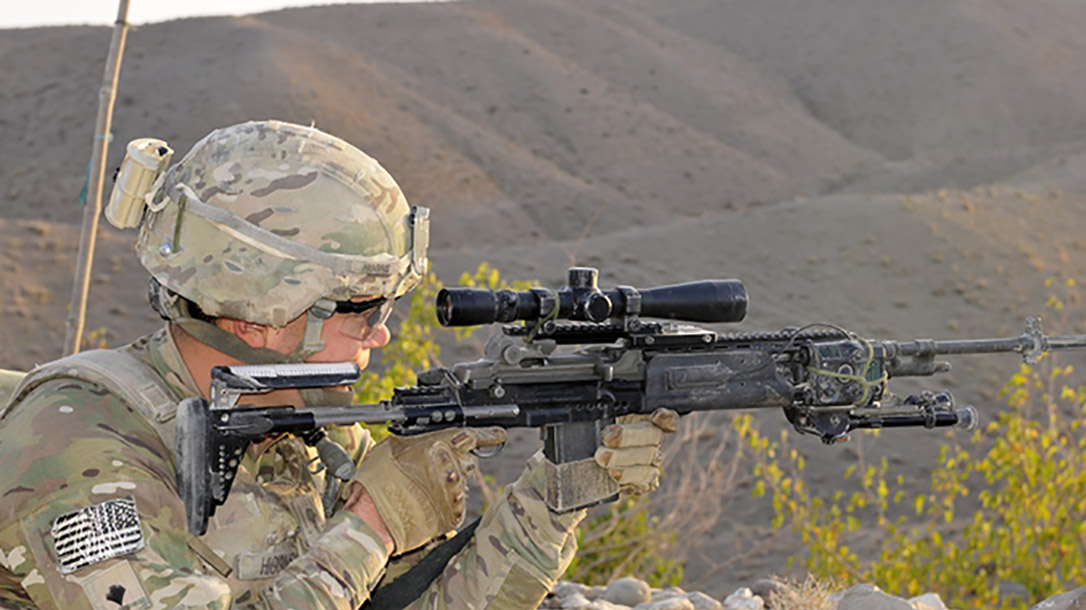 Speaking at a Jan. 17 breakfast at the AUSA’s Institute of Land Warfare, Milley deemed “10x” to be a “term,” as opposed to an “exact measurement.”

“I’m not interested in a linear progression into the future,” Milley said. “That will end up in defeat on a future battlefield. If we think that if we just draw a straight line into the future and simply make incremental improvements to current systems, then we’re blowing smoke up our collective fourth point of contact … What I’m talking about is a significant—call it ’10x,’ call it ‘leap ahead,’ all those type of terms—a very significant, radical improvement in current capabilities. That is, because we want to be absolutely dominant, and we want the enemy to know we are dominant. And there are areas … I’m not gonna go too much into the specifics, but there are areas where you can get 10x relative to current capabilities.”

Milley was then asked about the new Army rifle. Here’s a transcription of what he said:

“We have a good rifle now. It’s a capable rifle and it’s easily the match of rifles anywhere around the world. But we have the capability—or we have the possibility—of developing a small arm for infantry forces, cavalry forces and others, you know, an individual small arm, a rifle, that is, again … a ’10x’ capability. The hinge here is the weapon’s operating system and the type of ammunition used. There has been some research and testing done down at Benning and with industry partners that indicates that we could, it’s possible, have a rifle in the hands of American Soldiers or Marines in the not-too-distant future—I don’t want to put a time on it—that can reach out at much greater ranges than currently exist, with much greater impact and lethality, and with much greater accuracy. I don’t want to go into too many of the details on it, but it has to do with the type of ammunition, the chamber pressure of the rifle, and the optics that are being used on the rifle.”

Military.com posits that the system Milley was talking about could be Textron Systems’ new Intermediate Case-Telescoped Carbine chambered in 6.5mm. The ammo weighs 35 percent less and is 30 percent more lethal than 7.62mmx51mm ammo and is a marked improvement over the M4’s 5.56mm ammo, Textron officials say.

“It’s an excellent system,” Milley continued. “They’ve done some proof of principals on it. It is real, it is not fantasy, and industry is moving out quickly, and we expect that—with appropriate funding—we should be able to have this particular weapon in the not-too-distant future. And I won’t define what not-too-distant future is.”

Watch the video above for Milley’s full speech at the AUSA’s Institute of Land Warfare. He beats the drum for readiness throughout the whole thing, stating that future wars could involve the use of ground robots, artificial intelligence, machine learning, and possibly quantum computing. His remarks about “10x” start at around the 30 minute mark, and he goes into the new Army rifle at 36 minutes and 40 seconds.