Delhi Police’s aging armory may soon be able to boast of having at least some modern weapons. But that depends on whether the Delhi Police can procure the state-of-the-art CornerShot Guns before the upcoming Commonwealth Games. The Delhi police is planning to procure 10 CornerShot weapon systems before the Games. So far, in India, the only known force that uses the CornerShot is the National Security Guards (NSG), for whom the guns were obtained immediately after the 26/11 attacks.

CornerShot is a weapon accessory invented by Luitenant Colonel Amos Golan of the Israeli Defense Forces in cooperation with American investors.

It was designed in the early 2000s for Special Weapons and Tactics (SWAT) teams and special forces in hostile situations usually involving terrorists and hostages. Its purpose is similar to that of the wartime periscope rifle. The main purpose of the weapon is to protect its operator from the line of enemy fire and be able to shoot at the same time.

The system has a camera and a small LCD screen that provides a view of the area it is pointed at. “The footage seen in the cameras can be transmitted to operations headquarters as well. The camera in the front helps the soldier hide behind a wall but still be able to see everything around the corner and fire at a prospective target. It comes with a laser pointer that helps in shooting accurately,” said a senior police officer on the condition of anonymity, as he is not authorized to speak to the media.

The weapon system will be distributed among the quick reaction teams of the Delhi Police. “These will be with teams covering the Games sites around the city. We will provide them proper training to use the weapon as well. The tenders for the same were to be opened on July 19 but now it has been postponed to August 31. We will get them before the Games, as they would enhance our counter-terrorist capabilities,” added the officer. 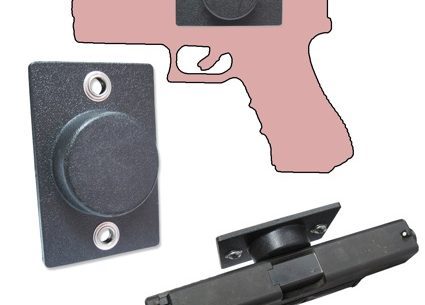