When Senate Bill 308 was being debated, there were versions that would have allowed licensed permit holders to carry their gun into the non-secure areas of Georgia’s airport. But the final bill signed into law does not allow weapons inside the airport terminal.

And it’s now called the Weapon’s Carry License, because some knives requires a license to carry.

Georgia’s new law requires that if you carry a knife with a blade more than five inches on a handle, either concealed or not, you have to get a Weapons Carry License, just like a handgun.

Even without a license, you can have your gun or knife in your car, because that is regarded as an extension of your home. Airport Directors said it seemed just common sense not to bring guns into the terminal, or a school, or any other government building. But now the new law requires you lock your weapon in your car.

“Still it needed to be spelled out. So I think Governor Perdue has now done that by putting that government buildings, so that puts an umbrella over all airports,” said Southwest Georgia Regional Airport Director Yvette Aehle.

The cost of the Weapons Carry License has increased, from 60 to 70 dollars. In Dougherty County there is also a five dollar fingerprinting fee. Another big change, first offenders convicted of a misdemeanor can apply after five years of release of supervision. In the past you were disqualified for life.

“That takes away the silly aspect of having a 17 year old that pleads no contest in municipal court for having less than an ounce of marijuana. And then later when he’s 45, not being able to get a handgun permit. So I’m really glad they cleared that up,” said Dougherty Probate Judge Nancy Stephenson.

Another change, after January First the license will no longer have your fingerprint, but will become a photo ID.

The new law prohibits guns in churches, but permit holders can carry concealed guns into bars that allow them, and parking lots. Business owners can tell you not to bring your weapons onto their private property.

The new Georgia weapons carry license does not apply to rifles or shotguns. You can carry those openly in permitted areas without a license. 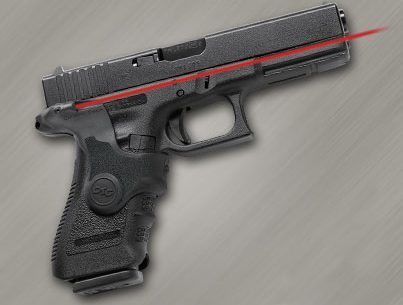