Property and gun rights advocates have made a folk hero of Ward Bird, convicted and imprisoned for brandishing a handgun at a woman who trespassed on his remote hilltop land.

Their “Free Ward Bird” campaign has ignited support among townsfolk and strangers. Libertarian and tea party websites decry his fate: at least three years in prison. Protests and vigils are tweeted on Twitter and trumpeted on Facebook pages devoted to his case. Backers raise funds with $15 Italian buffet suppers and alt-bluegrass music and dancing.

Bird, married and the father of four children, hangs his hope for freedom on a pardon by Democratic Gov. John Lynch.

“I don’t need people using me as a cause,” Bird told The Associated Press. “I just want to be home with my family.”

But a pardon is a rarity in New Hampshire. And Lynch, who hears Bird’s case Jan. 19 with a five-member Executive Council, believes pardons are warranted “only under extraordinary circumstances or a gross miscarriage of justice.” The governor doesn’t vote on pardons — he can only veto the council’s vote to grant one.

Court records, testimony and interviews show conflicting accounts of how Bird, 49, wound up in the Carroll County Jail, reading seed catalogs and pining for fresh air and sunshine.

Christine Harris ignored numerous “No Trespassing” and “Keep Out” signs when she drove up the remote road to Bird’s home the afternoon of March 27, 2006. She says she was lost, trying to find a property for sale.

Bird, who did not testify at trial, says he repeatedly asked her to leave. Harris says he ran at her from his porch, screaming profanities. She got back into her truck; he turned to go back into his home.

There was his handgun, his Sig Sauer .45-caliber pistol. She says he brandished it at her as he charged at her. He says it was tucked into his back waistband, revealed only to Harris when he removed the ammunition as he went inside.

After two trials, Bird, a farmer, was convicted of criminal threatening with a handgun — a charge that carries a mandatory minimum three-year sentence in this “Live Free or Die” state. The state Supreme Court upheld his conviction, and he was locked up Nov. 17.

Source: Lynne Tuohy for The Associated Press via Rep-Am. 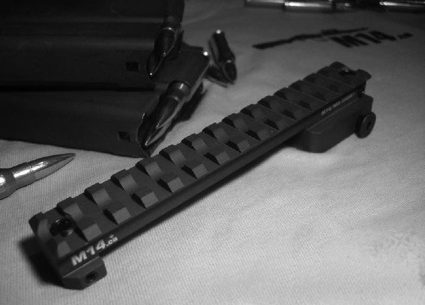 Property and gun rights advocates have made a folk hero of Ward Bird, convicted…