New Hampshire Gov. John Lynch vetoed a bill Wednesday that would expand a person’s right to use deadly force in self-defense without first attempting to retreat.

The Democratic governor blocked a similar bill in 2006, but the Republican-controlled Legislature passed the current measure by enough votes that it could overturn the veto. His actions five years ago were supported by law enforcement, including then-Attorney General Kelly Ayotte, a Republican and now U.S. senator, who called it a threat to public safety.

Associations representing police chiefs and sheriffs urged the governor to veto the latest bill for many of the same reasons. In his veto message, Lynch cited opposition by law enforcement as a reason to reject the bill.

“(The bill) would unleash the potential for increasing deadly violence in our communities,” he said. “It would allow the use of deadly force on street corners, in shopping malls, public parks and in retail stores. Drug dealers and other felons who brandish weapons will be further emboldened to use their weapons, while prosecution of those criminals will be made more difficult because of this bill’s expansion of the right to use deadly force.”

Supporters argue people should not worry about being prosecuted when making split-second decisions to defend themselves or others. House Speaker William O’Brien said he expects the Legislature will override the veto.

“Both the U.S. and New Hampshire Constitution clearly protect our citizens’ right to own and carry firearms,” said O’Brien, R-Mont Vernon. “This commonsense bill simply ensures that in New Hampshire, lawful gun owners can defend themselves when they are threatened.” 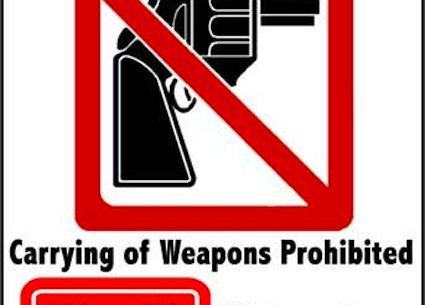