A local man was justified in killing a man who pistol-whipped his girlfriend and put a gun in her mouth during a 2009 home invasion, according to New Hampshire Attorney General Michael A. Delaney.

The 13-page report, released Thursday morning, found that Robert Burrill, then 33, of 616 Third Ave., on Nov. 25, 2009, fired two shots from a .40 caliber semi-automatic handgun, hitting Christhian Badillo, then 28, in the head and shooting Nathaniel O. Stringfield Jr., 23, in the back. Stringfield died at the scene. He had been armed with a BB gun.

Badillo actually was shot three times – twice in the head and once in the shoulder – and the Attorney General concluded, based on forensic evidence, that Badillo’s fellow intruder, Dennis Ford, then 20, of Berlin, was responsible for two of the wounds.

Ford picked up Badillo’s gun after he dropped it in the bedroom and fired it twice, hitting Badillo in the head and shoulder, according to the report.

Badillo was hospitalized for a lengthy time. He was charged with armed robbery but the case was dropped after a judge found him incompetent to stand trial.

The gun used by Ford was never recovered by police. Ford is serving a three to six year prison sentence for burglary in connection with the home invasion.

Burrill told police he was never so scared in his life as that night and thought he was going to watch his girlfriend be murdered and then be killed himself.

The intruders went to Burrill’s home in search of drugs, money and a PlayStation. Burrill and Burns both denied they had any drugs and said they had little money.

Burrill, seeing his girlfriend being pistol-whipped, told the attackers he had what they wanted in his closet. When he went into the closet, he grabbed his gun and chambered a round. 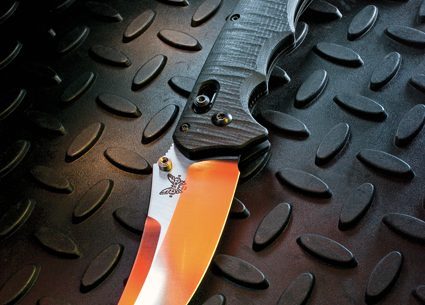