Officer Luis Lopez and his teammates had been on the streets for only an hour and a half. They were returning with their first catch of the evening: a 24-year-old caught with 14 bags of crack in his boot. After five hours, the team would have three more alleged dealers and one buyer in handcuffs.

The name of the team was emblazoned on the T-shirts Lopez (pictured) and his fellow cops wore Monday night: the Street Interdiction Unit (SIU).

The squad of 12 officers and two sergeants has a new leader, a new name and a new mission. The T-shirts are part of it.

The new leader, Lt. Jeff Hoffman, took over the unit three weeks ago as part of a department shake-up under new Police Chief Frank Limon. Hoffman’s been busy.

In the first two weeks of August, the SIU had 105 “Suspicious Persons” incidents. The unit made 20 narcotic arrests, 12 marijuana arrests, and seized three handguns during the same time period.

The officers in the squad have been pulled off of patrol and out of the daily grind of responding to calls, to allow them to target street crime throughout the city. Using techniques from surveillance and sting operations, the SIU operates in response to citizen complaints about crime hot spots, analysis of recent crime statistics, and orders from the chief.

The SIU is a revival of street crimes units that have existed in the past. The most recent one, called ID-Net, was disbanded in 2006. But SIU is operating in a new way, Hoffman said.

For starters, SIU cops don’t sport the usual patrol uniforms. They wear blue T-shirts instead. And the unit is placing an emphasis on intelligence-gathering through formal interviews with arrestees. If one suspect talks, it can lead to more arrests in the future.

The ID-Net approach enlisted uniformed cops to saturate neighborhoods for short periods of time and make arrests on all kinds of crimes, from seat belt violations to drug-dealing. Advocates said it gave crime-weary neighborhoods a needed temporary reprieve. Critics charged it merely racked up arrests without addressing the roots of crime, representing a retreat from community policing; small-time crooks arrested in one location could merely pop up elsewhere. 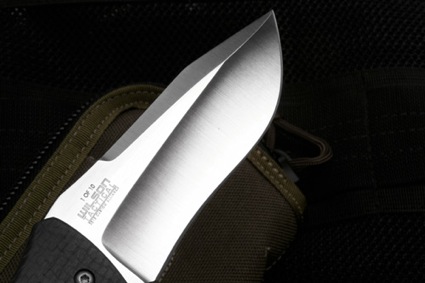