A man given seven years in prison after being found with two guns he purchased legally in Colorado has had his sentence commuted, New Jersey Gov. Chris Christie announced Monday.

The case of Brian Aitken, 27, had become a cause célèbre among gun-rights advocates. On Jan. 2, 2009, Aitken, an entrepreneur and media consultant with no prior criminal record, muttered to his mother that life wasn’t worth living after a planned visit with son was abruptly canceled at the last minute. Aitken then left his mother’s home in Mount Laurel as she called police, who later found two locked and unloaded handguns in the trunk of his car.

Aitken had purchased the guns legally in Colorado, and he passed an FBI background check when he bought them, according to his father, Larry Aitken. Brian also contacted New Jersey State Police before moving back back to the Garden State to discuss how to properly transport his weapons. But despite those good-faith efforts, Larry Aitken said, Brian was convicted on weapons charges and sent to prison in August.

Judge James Morley would not allow the argument in trial earlier this year and Christie later declined to reappoint the judge due to an unrelated case. 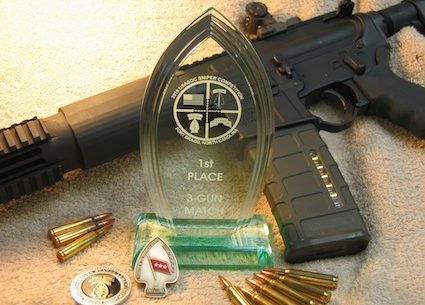