New Jersey police are preparing for any scenario as Super Bowl XLVIII fast approaches. According to officials at a press conference, 100 different law enforcement agencies, including the New Jersey State Police, have been working together since 2010 to develop a plan that will maximize safety for all who attend the event, which takes place Sunday, Feb. 2 at MetLife Stadium in East Rutherford, New Jersey.

Roughly 4,000 private and government security officials will be present at the stadium on the day of the game.

“Just this morning … the National Football League hosted a series of scenarios where for the sixth or seventh time in recent months, we went over every possible contingency and what would be the way that we would address that both in terms of State Police, DOT, NFL, decisions that would have to be made, when they would be made and all types of situations, both where crime was afoot and where weather went off the rails,” said Col. Rick Fuentes, superintendent of the New Jersey State Police.

Each law enforcement agency will have a different role. For example, the State Police will dispatch between 500 and 700 troopers to the event, in addition to security from air, land and sea in the surrounding areas.

The FBI will be working to protect against terrorist threats by utilizing a joint operations center which will serve as a 24-hour command post to coordinate responses. They are prepared for an active shooter scenario, as well as bomb threats, nuclear, chemical and biological threats.

The National Football League is spending between $10 and $11 million on security for the event. There will be a 300-foot security perimeter around the stadium. Additionally, a “lockdown” will be in effect at the complex in East Rutherford beginning on Monday, Jan. 27, which means only those with credentials and identification will be allowed in.

Ticket holders should arrive early for security screenings which will begin at 2 p.m. 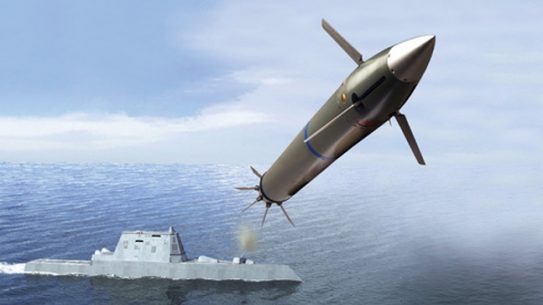 The US Navy is considering whether to use a five-inch guided round for the...