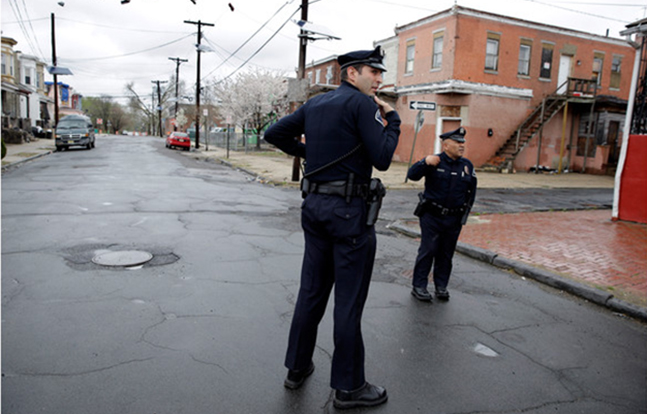 Members of the Camden County Metro Police on their street beat. (CREDIT: The Associated Press)
Comment(s)

The only way of re-imagining a new Camden is starting with a new police force.

After massive financial burdens forced the city to significantly cut its police force in 2011, a rise in crime quickly followed.

In 2012, 67 people were killed in Camden, which, according to the Associated Press, is 18 times the national average.

The bold effort to fix the problem was to get rid of the city police department and the union contract that city officials found onerous. The city contracted with the Camden County government, which built a new police force. The Camden County Metro police patrol only in Camden, not its suburbs. Clerical, analytical and crime-scene processing jobs once done by gun-carrying sworn officers were given to civilians, and most of the cops were put on beats on the street.

The boost in Camden County Metro officers — which will hit more than 400, as of July 2014 — combined with some of the latest technology in law enforcement, has helped contribute to a quick decline in crime that hit a peak in prior years.

The department has 120 outdoor cameras, devices that can read license-plate numbers from afar, shot-sensing microphones and map systems that show the location of every police cruiser and a system that automatically alerts nearby officers to 911 calls.

The Associated Press reported that from Jan. 1 to March 31, every major crime statistic decreased in Camden, with only arson remaining steady. 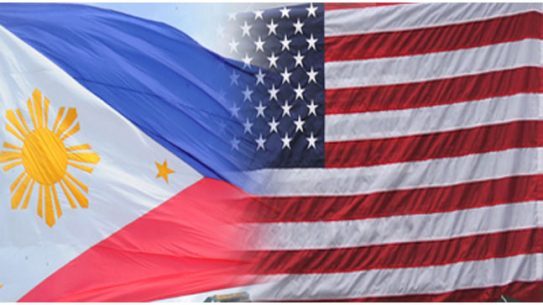 The United States and the Philippines signed a 10-year agreement that would bring additional...