The former owner of Bushmaster Firearms International LLC and other investors have created a new rifle company in the former Bushmaster manufacturing plant in Windham.

Called Windham Weaponry, the company will make rifles and employ up to half of the 73 employees who worked at the Bushmaster plant, which closed earlier this year. More employees may be added before the end of the year, said a media release.

“A group of investors felt there was a great opportunity for a new company when Bushmaster Firearms International LLC decided to relocate the company to another state and lay off all its employees. These employees in many cases have 25 years of experience in making one of the finest rifles in the world,” said the release.

Windham Weaponry will be located in the Windham Business Park and will begin production in July, with initial shipments scheduled for September.

The investor group is led by Richard Dyke, who founded Bushmaster and sold the company to New York City-based private equity firm Cerberus Capital Management in April 2006 for an undisclosed sum.

In December, Dyke said he owned the Windham property with his son, and that they had business plans in the works.

“I would like to attract some kind of manufacturing company, which I might or might not be an investor,” he said. “I can assure you (the property) won’t be empty.”

Dyke added that he had a noncompete agreement with Bushmaster’s owner that expired in April.

“When Bushmaster went out, Mr. Dyke stepped up and said, ‘I will try my best to … bring something back to Windham and to the workers,’ ” Bartell said. “Stepping up like he did says something about his talents and drive.” 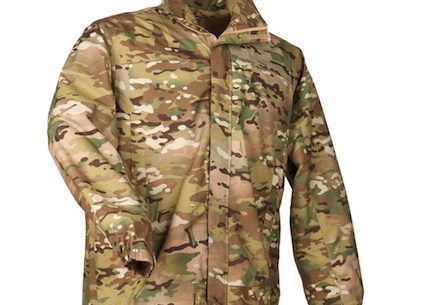