The U.S. government is refining its terror-screening policy to focus on specific terror threats and not travelers’ nationalities.

The new policy replaces a security requirement put in place after the attempted bombing of a jetliner en route to Detroit on Christmas Day that singled out people from 14 countries that have been home to terrorists. It also expands the pool of foreign travelers targeted for extra screening beyond those whose names are on a U.S. terror watch list.

The changes, announced Friday by the Homeland Security Department, come after a three-month review of counterterrorism policies ordered by President Barack Obama in the wake of the near-miss attack.

Officials hope the new procedures will close a dangerous security gap that that allegedly allowed Nigerian Umar Farouk Abdulmutallab to board a Detroit-bound airplane in Amsterdam with a bomb hidden in his underwear.

It should also significantly decrease the number of innocent travelers from the 14 countries who have been inconvenienced by the extra screening, said a senior administration official who spoke on condition of anonymity to discuss sensitive security issues.

Under the refined policy, a person traveling to the U.S. would be stopped if he or she fits a specific description of a potential terrorist provided by U.S. intelligence officials — even if the suspect’s name is unknown.

Currently, passengers’ names are compared to names on U.S. terror watch lists. If air carriers have a potential match to a watch list, the passenger is either banned from flying to the U.S. or subjected to extra screening such as a full-body pat-down before boarding the airplane.

For example, if the U.S. has intelligence about a Nigerian man between the ages of 22 and 32 whom officials believe is a threat or a known terrorist, under the new policy all Nigerian men within that age range would receive extra screening before they are allowed to fly to the U.S.

If intelligence later shows that the suspect is not a terrorist, the extra screening for others matching the description would be lifted.

One of the reasons Abdulmutallab was able to board the flight in Amsterdam was that his name was not on a U.S. terror watch list. However, officials intercepted a conversation in Yemen about a Nigerian man being trained for a special mission. 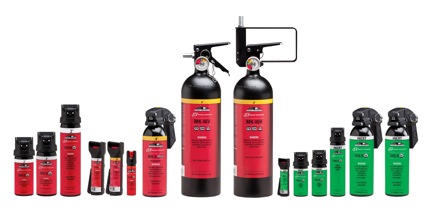 The U.S. government is refining its terror-screening policy to focus on specific terror threats…