Two suicide bombers targeted authorities in southern Russia on Wednesday, killing 12 people, including nine police officers. Prime Minister Vladimir Putin said the blasts may have been organized by the same militants who attacked the Moscow subway.

The attacks Wednesday came after the powerful former president had vowed to “drag out of the sewer” the terrorists who plotted Monday’s twin subway bombings, which killed 39 people and injured scores of commuters during rush hour.

Wednesday’s blasts struck in Dagestan, one of the provinces in Russia’s volatile North Caucasus that have been destabilized by near-daily bombings and other raids by Islamic militants.

“I don’t rule out that this is one and the same gang,” Putin said at a televised Cabinet meeting. President Dmitry Medvedev later called the attacks “links of the same chain.”
No one has claimed responsibility for either of the attacks.

The subway bombings in Moscow were first suicide attacks in the Russian capital in six years and shocked a country that had grown accustomed to having such violence confined to its restive southern corner. They followed a warning from an Islamic militant leader that the militants would bring their struggle to the heart of Russia.

Moscow police have been on high alert since the subway attacks, beefing up roadblocks on highways leading into the city. The agency’s chief said Wednesday that thousands of officers have been sent to patrol the subway, check on migrants from southern provinces and inspect warehouses that could hold arms caches. 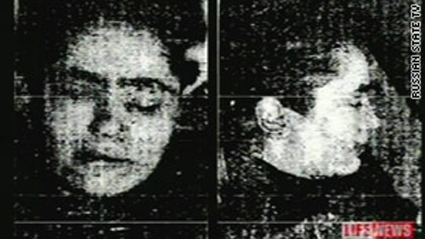