The newly appointed commissioner of U.S. Customs and Border Protection shared his vision for the U.S.-Mexico border with El Pasoans on Friday.

During a forum at UTEP, Commissioner Alan Bersin said we should view the border as mobile rather than a static line.

He explained that the U.S. needs to build its knowledge of who and what is crossing the border so the majority of traffic can move through quickly and more time can be focused on those who may be a threat or who are unknown.

Bersin explained a vision he has for a secure transit zone from the interior of Mexico to the northern U.S. He used an example of tracking a truck from Monterrey to Chicago. He said the truck would be monitored from start to finish with random inspections in between.

Bersin said the idea is rooted in current programs, but a framework needs to be developed, “so that we can begin to work on this as a strategy together rather than having separate programs,” said Bersin. “To have a sense of where we’re going.”

Fernando Garcia, executive director of the Border Network for Human Rights, said other elements beyond trade and commerce should be considered.
“Yes, commerce is an important element on having a border vision to have a better border,” said Garcia. “But it’s not the only one.”

Garcia also said other input should be considered as well.

“Whether it’s commerce people, law enforcement, community groups, religious groups, local elected officials, all of those people should be able to provide input in what kind of border we want,” said Garcia. 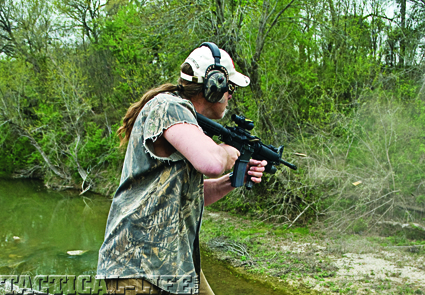 The newly appointed commissioner of U.S. Customs and Border Protection shared his vision for…