The New York City crime level dropped significantly in 2016, with a record low number of overall crimes and shootings reported over the past 12 months in the Big Apple. Here’s how everything shakes out.

In 2016, there were 101,606 crimes reported in New York City, compared with 105,921 in 2015. That’s a 4.1 percent drop, and it’s the lowest number of annual crimes ever reported ever since the NYPD began using the Compstat system to track crime. Meanwhile, there were 998 shootings reported in 2016, a 12.3 percent reduction from the year before, and another record low for New York City.

There’s more good news when it comes to the New York City crime levels. Murders and rapes were down by 4.8 and 1 percent from last year, respectively. Meanwhile, the number of reported robberies dropped by 8.7 percent, burglaries were down by 14.6 percent, and grand larcenies decreased by 0.1  percent. Only felonious assaults went up. In 2016, there were 20,807 of those reported, compared with 20,375 in 2015, a 2.1 percent increase.

“In 2016, we had laser like precision in tackling gangs, with more arrests just this morning,” O’Neill said in a statement. “I am thankful to the men and women of this department who put on the uniform every day—and to those members of the public who join us in the collective responsibility we all share in keeping this great city safe.”

Meanwhile, as New York Magazine points out, other cities like Chicago and Los Angeles saw an increase in murders and shootings. In Chicago, there were 762 murders in 2016 — the highest number in two decades — and over 4,300 shootings. In Los Angeles, there were 290 homicides, the third consecutive year that the number of murders rose. 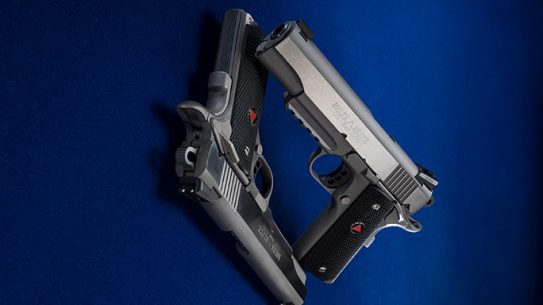