Last night, the New York State Senate passed legislation ensuring that incarcerated persons will be counted as residents of their home communities when state and local legislative districts are redrawn in New York next year. The measure, already passed by the Assembly, was included in the budget package that now awaits Governor Paterson’s signature.

The state legislature and some counties and municipalities have previously counted incarcerated people as residents of the prison location, inflating the local population counts used for legislative districts. Padding legislative districts with prison populations artificially enhances the weight of a vote cast in those districts at the expense of all districts that do not contain a prison.

The bill now on Governor Paterson’s desk would use data from the department of corrections to identify the home addresses of incarcerated persons and include them in the population counts for those areas prior to redistricting. Because the bill does not change the core Census data, no federal funding based on Census data would be affected. The bill will affect state senate, state assembly, county and municipal districting in the state that will begin in 2011.

The law will put all state and local districting in New York in line with the practice of 13 rural New York counties with large prisons that conduct their own adjustments to census data to avoid prison-based gerrymandering. Maryland enacted a similar law earlier this year, and in Delaware a bill has passed both houses and awaits the Governor’s signature.

“New York State has joined Maryland and Delaware in passing legislation to correct a serious deficiency in the way incarcerated people have been counted. These states are ensuring that state, county, and municipal districts will be drawn fairly, and they are sending a powerful message to the Census Bureau that counting incarcerated people as residents of the correctional facility needs to change,” said Peter Wagner, Executive Director of the Prison Policy Initiative.

The new law will help New York correct past distortions in representation caused by counting incarcerated persons as residents of prisons, such as the following:

The problem of prison-based gerrymandering is national. Maryland had one state legislative district where 18 percent of the “constituents” were actually people in prisons, and Texas has two state house districts that are 12 percent incarcerated. Prison-based gerrymandering was not a serious problem when the prison population was tiny, but the 2010 Census will find five times as many people in prison as it did just three decades ago.

“Prison-based gerrymandering is wrong because incarcerated persons do not make their ‘home’ in the prison town in any meaningful sense; they are not permitted to interact with the prison town and they almost always return to their pre-incarceration community upon completion of sentence, on average within 34 months. New York’s decision to count incarcerated people at home for districting purposes will at last bring the state’s redistricting practices in line with the New York Constitution’s declaration that a prison is not a residence,” said Brenda Wright, Director of the Democracy Program at Demos.

While it is too late for the Census Bureau to alter its count of incarcerated individuals for the 2010 Census, the Bureau recently announced the accelerated release of national prison count data. Those figures will more readily allow states to adjust their prisoner counts in time for state and local redistricting efforts in 2011. And the reforms passed in New York, Maryland, and Delaware, as well as the over 100 counties nationwide that already remove prison populations from their population counts for redistricting purposes, should help build momentum for the Census Bureau to alter its count on a nationwide basis prior to the next decennial census. 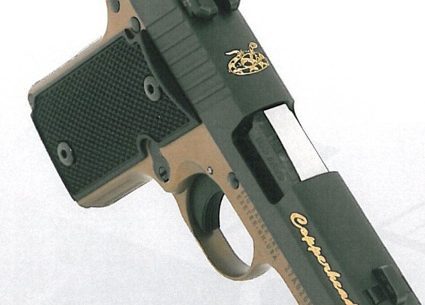