The French army soon will deploy a tactical battlefield communications and data network that aims to provide battalion command posts with on-the-halt satellite and line-of-sight connectivity. The system is part of France’s ongoing efforts to convert its military into a fully network-centric force. In addition to extending high-bandwidth networking down to mobile command posts, the program also lays the foundations for a future fully mobile communications capability.

Highly fluid networked operations have been a major goal of the French military for many years. Beginning at the turn of the 21st century with the Bulle Operationnelle Aeroterrestre (BOA) experiment (SIGNAL, September 2004), the French army sought to study and determine the requirements for a network-centric future force. Those operational needs were formalized into the Synergie du Contact Renforcée par le Polyvalence et l’Infovalorisation (Scorpion) program (SIGNAL, September 2008) that set a development timetable for equipping units with the new technology. A key part of the Scorpion effort is the Reseau Integre de Transmission Automatiques (Automated Integrated Communications Network), or RITA.

RITA is a line-of-sight communications network that has been used by the French army to connect units operating in theater. RITA N4 is the latest part of this ongoing program, explains Gerard Jacque, director, Thales Tactical Network Business Unit, Colombes, France. This March, Thales signed a €240 million contract with the French Defense Procurement Agency (DGA) to extend RITA to operational level 4 of the French army, which consists of battalion level and combined-arms task forces. Also known as battle groups, these combined arms forces are self-sufficient mobile forces composed of various units assembled on short notice. The RITA N4 contract will connect these mobile forces with higher-echelon headquarters.

Scorpion’s goal is to digitize French army battle groups. Valery Rousset, director of command, control, communications, computers, intelligence, surveillance and reconnaissance (C4ISR) marketing and capability development, Thales land and joint systems division, Colombes, explains that RITA N4 will enable Scorpion by providing continuity of command and control between deployed and mobile echelons. “It’s in this way that RITA N4 is bridging the gap. It can accommodate high-tempo operations and multiple communication infrastructures such as Scorpion’s. It maintains the link,” he contends.

Jacque notes that the existing version of RITA first entered service in 2000 and has been supplied across the upper echelons (levels 1-3) of the French army. Since its implementation, it has constantly evolved to meet operational requirements. For example, an Internet protocol (IP) backbone was added to the system in 2007. RITA N4 will provide battalion and combined-arms task force command posts with secure, high-bandwidth IP communications. As French ground forces become more mobile, Jacque observes, they are more involved in operations in remote regions that place great demands on network services. “We have to bridge the gap between the brigade level and the battalion/battle group level with a long-range, high-data-rate capacity,” he says.

Communications systems such as RITA require a satellite uplink capability to provide quick communications on the halt. Because mobile forces require rapid connectivity with headquarters, Jacque says, there was a need to extend the current RITA system, adding that RITA in its original deployment was very effective in providing communications to the brigade level and above.

To bridge the gap between corps- and battalion-level forces, Thales is focusing on satellite communication equipment that will integrate into the legacy RITA architecture. In addition to satellite uplinks and terminals, RITA will continue to use line-of-sight radio links for battlefield networking and communications applications. RITA N4 will feature increased network bandwidth and wireless intranet services to mobile units. This improved capacity will be added to each RITA communications node, Jacque says. 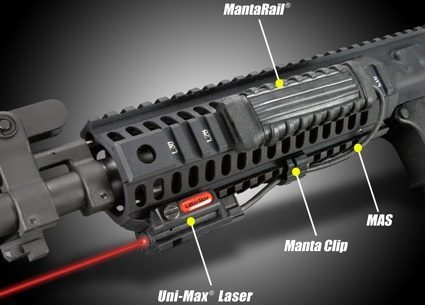