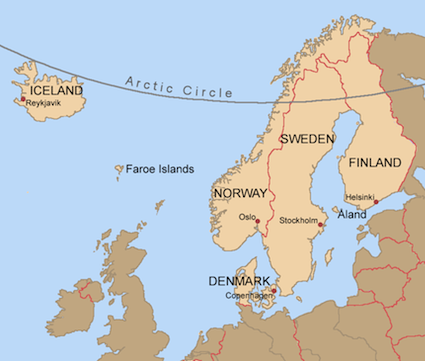 In the Nordic countries, where hunting is popular and firearms are plentiful, the twin July 22 attacks that killed 77 people in Norway have spurred lawmakers to consider tighter gun laws.

But change will not come without resistance in a region where hunting is viewed by many as a cultural heritage passed down from Viking ancestors, and sport shooting is a favourite pastime.

Finland, which has one of the world’s highest gun ownership rates at 1.5 million firearms for 5.3 million people, has reopened the debate on arms control just two months after new, stricter laws raised the firearm licence age from 15 to 20 for short weapons and 18 for hunting guns.

“No one in a country like Finland needs to have a gun at home,” Foreign Minister Erkki Tuomioja said days after Anders Behring Breivik shot dead 69 people, many of them teenagers, in a rampage on the island of Utoeya after killing eight others in a bombing of government offices in Oslo.

Reeling from their own encounters with senseless gun violence, many Finns experienced the tragedy in neighbouring Norway as another assault on their own security and the traditionally peaceful region as a whole.

Since then, Tuomioja has insisted that access to guns be further restricted, suggesting that “gun hobbyists and hunters could store their weapons with supervised and registered gun clubs” instead of at home.

In the Nordic countries, where hunting is popular and firearms are plentiful, the twin…