Two LEOs in North Carolina have been cleared of any wrongdoing in the shooting death of an armed woman who opened fire on them after crashing her SUV on I-40 last month. Watch the graphic dash cam footage of the incident above.

According to the Charlotte Observer, it all began on the morning of July 8 when emergency dispatchers started getting 911 calls from multiple motorists telling them that a GMC Yukon XL SUV was doing 120 mph and driving erratically. Shortly after that, they began receiving calls informing them that the SUV had crashed and a woman was lying in the grass on the shoulder of the highway.

One motorist told 911 that he observed the woman—50-year-old Tina Renee Medlin—exit the crashed car and lay down on the grass. When he stopped and asked if she was okay, Medlin yelled out “I wish I would have just killed myself!” before getting a gun from the car and telling the man it was loaded.

The dash cam video begins with Medlin down on the ground. Knowing she was armed, the officers ask to see her hands, but she instead ignores them, gets up and yells “That’s not my car!” Taylor again orders her on the ground, but Medlin goes for her gun and starts approaching the officers.

“I see the weapon! Don’t draw it!” Taylor yells out.

Medlin squares up and opens fire, at which point both Taylor and Davis shoot back, killing her.

Medlin was shot in the head and arm. She was transported to an area hospital, where she died from her injuries three days later.

After an investigation, Johnston County District Attorney Susan Doyle announced that neither officer would face charges as a result of the shooting.

“Under the circumstances observed by Trooper Taylor and Deputy Davis, their use of deadly force was both reasonable and warranted,” Doyle said in a statement. 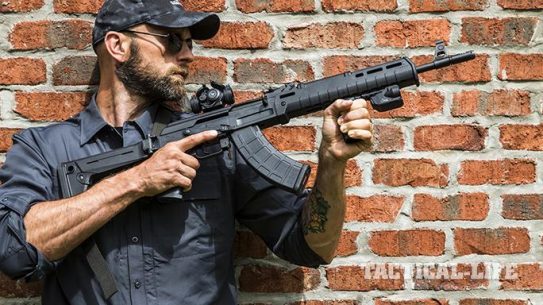 Being on the Century Arms C39v2 SHTF insurance plan is an advantage for you...