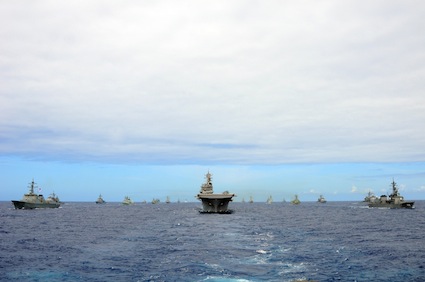 In an editorial marking the 58th anniversary of an armistice that ended the 1950-53 war, the North’s official Korean Central News Agency insisted a peace treaty could go a long way toward resolving a deadlock over Pyongyang’s pursuit of nuclear weapons.

North Korea has long called for a peace treaty with the United States. The armistice left the Korean peninsula in a technical state of war. Its latest push comes as North Korean Vice Foreign Minister Kim Kye Gwan makes a fresh attempt to reopen six-nation talks that were last held in December 2008.