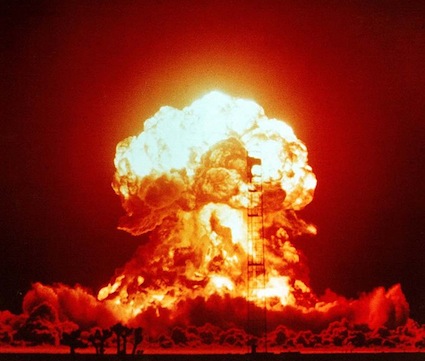 North Korea said on Thursday it would carry out further rocket launches and a nuclear test that would target the United States, dramatically stepping up its threats against a country it called its “sworn enemy”.

The announcement by the country’s top military body came a day after the U.N. Security Council agreed to a U.S.-backed resolution to censure and sanction North Korea for a rocket launch in December that breached U.N. rules.

North Korea is not believed to have the technology to deliver a nuclear warhead capable of hitting the continental United States, although its December launch showed it had the capacity to deliver a rocket that could travel 10,000 km (6,200 miles), potentially putting San Francisco in range, according to an intelligence assessment by South Korea.

Military has to decide which combat jobs for women

Image: Federal Government of the United States/Wiki North Korea said on Thursday it would…