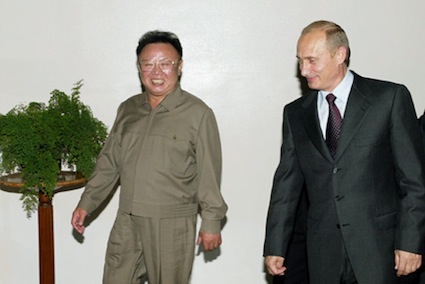 In the South, across one of the world’s most heavily fortified borders, President Lee Myung-bak canceled the rest of his Monday schedule and put all members of South Korea’s military on “emergency alert,” his office said. The two nations never signed a peace treaty following the Korean War of the early 1950s, leaving the two nations technically at war.