More than 100 police officers from four area cities converged on Fair Park Wednesday to train to anticipate any problems that could arise before and after the Super Bowl on February 6, 2011.

The Super Bowl will be held at Cowboys Stadium in Arlington but events will take place in cities throughout the Dallas-Fort Worth Area.

“Usually there has not been problems at the Super Bowl,” said Fort Worth Lt. Fred Garcia, the Mobile Field Force Commander for the Fort Worth Police Department. ”What we’ve had in civil disobedience are in the host cities or cities around where the AFC or the NFC team is, and hopefully we don’t have that problem, but if we do, the North Texas area will be prepared.”

Police from Dallas, Arlington, Irving and Fort Worth participated in today’s exercises that focused on crowd control and dealing with scenarios that could come up before or after a championship sports event. The officers practiced how to work as a unit, using plain-clothes police officers acting as agitators and drunks throwing bottles and trash at officers in full riot gear. “We’d rather not make any arrests but if we need to, we will,” Garcia said.

Officers on horseback, in squad cars and on foot used the area of Fair Park near the Cotton Bowl for the drills.
Garcia said officers are trained how to spot agitators who could escalate incidents with police.

“You get a mob mentality but if you have the training and you have the force necessary and know when to use it, you can alleviate that problem before it ever starts,” Garcia said. 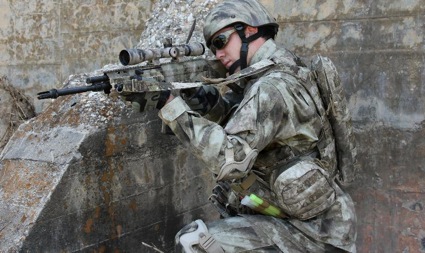