Behind the scenes, federal agents in charge of stopping gun trafficking to Mexico have quietly advanced a plan to help stem the smuggling of high-powered AK-47s and AR-15s to the bloody drug war south of the border.

The controversial proposal by officials at the Bureau of Alcohol, Tobacco, Firearms and Explosives calls for a measure strongly opposed by the National Rifle Association: requiring gun dealers to report multiple sales of rifles and shotguns to ATF.

The gun issue is so incendiary and fear of the NRA so great that the ATF plan languished for months at the Justice Department, according to some senior law enforcement officials who spoke on the condition of anonymity but would not provide details.

The NRA got wind of the idea last month and warned its 4 million members in a “grassroots alert” that the administration might try to go around Congress to get such a plan enacted as an executive order or rule.

An ATF spokesman declined to comment about the matter. Attorney General Eric H. Holder Jr. declined to be interviewed. Matt Miller, a spokesman for the Justice Department, said “the administration continues to support common-sense measures to stem gun violence.”

In the past few days, the plan has quietly gained traction at Justice. But sources told The Post they fear that if the plan becomes public, the NRA will marshal its forces to kill it.

Such is the power of the NRA. With annual revenue of about $250 million, the group has for four decades been the strongest force shaping the nation’s gun laws.

The fate of the Mexican gunrunning rule is only the most recent example of how the gun lobby has consistently outmaneuvered and hemmed in ATF, using political muscle to intimidate lawmakers and erect barriers to tougher gun laws. Over nearly four decades, the NRA has wielded remarkable influence over Congress, persuading lawmakers to curb ATF’s budget and mission and to call agency officials to account at oversight hearings. The source of the NRA’s power is its focus on one issue and its ability to get pro-gun candidates elected.

The result is that a president such as Obama, whose campaign platform called for tougher gun laws, finds his freedom of action circumscribed. The issue has bedeviled Democrats for years, especially after defeats in the 1994 midterms and the 2000 presidential election, in which Al Gore lost his home state of Tennessee.

Source: Ari Horwitz and James V. Grimaldi for The Washington Post via The Cap Times. 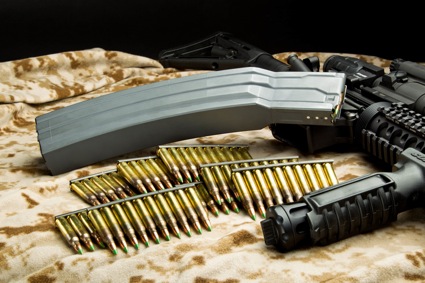 Behind the scenes, federal agents in charge of stopping gun trafficking to Mexico have…