The National Rifle Association of America strongly opposes President Obama’s nomination of Andrew Traver as director of the Bureau of Alcohol, Tobacco, Firearms and Explosives (BATFE). Traver has been deeply aligned with gun control advocates and anti-gun activities. This makes him the wrong choice to lead an enforcement agency that has almost exclusive oversight and control over the firearms industry, its retailers and consumers. Further, an important nomination such as BATFE director should not be made as a “recess appointment,” in order to circumvent consent by the American people through their duly-elected U.S. Senators.

Traver served as an advisor to the International Association for Chiefs of Police’s (IACP) “Gun Violence Reduction Project,” a “partnership” with the Joyce Foundation. Both IACP and the Joyce Foundation are names synonymous with promoting a variety of gun control schemes at the federal and state levels. Most of the individuals involved in this project were prominent gun control activists and lobbyists.

The IACP report, generated with Traver’s help, called on Congress to ban thousands of commonly owned firearms by misrepresenting them as “assault weapons,” as well as calling for bans on .50 caliber rifles and widely used types of ammunition. The report also suggests that Congress should regulate gun shows out of existence and should repeal the privacy protections of the Tiahrt Amendment — all efforts strongly opposed by the NRA and its members.

Traver also participated in an extremely deceptive NBC Chicago report in which he referred to “the growing frequency of gang members and drug dealers using heavy caliber military-type weapons” and described them as if they were machine guns: “Pull the trigger and you can mow people down.” Traver and his agents provided the reporter with a fully automatic AK-47, with which she was unable to hit the target. He then said that stray bullets are “one of the main problems with having stuff like this available to the gangs.”

As the Agent-in-Charge of Chicago’s BATFE office, Traver knows that fully automatic firearms are not available through normal retail channels — the opposite of what was implied in the report. 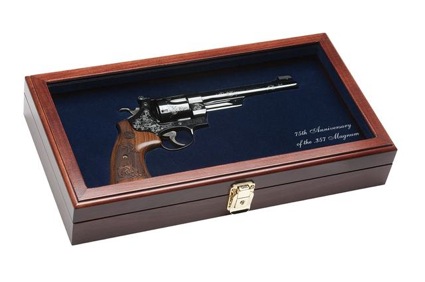