National Rifle Association president Wayne LaPierre harshly criticized gun control advocates, the Obama administration and members of the media at the Conservative Political Action Conference Thursday, arguing that they are lying when they say bans on certain firearms or ammunition clips will protect Americans.

LaPierre said U.S. gun laws provide more protection to killers like the Virginia Tech and Tucson shooters than to the victims of their attacks, and suggested the current environment puts women at risk for rape. He condemned “gun-free zones and anti-self defense laws that protected the safety of no one except the killers and condemned the victims to death without so much as a prayer.”

“Government policies are getting us killed,” he said.

LaPierre added that while the Tuscon attacks were “terrible,” “it’s time for some frank talk.”

The media and “political elites,” he said, “won’t admit the truth.” He said it’s “dishonest” to suggest that by passing laws we can “legislate evil out of people’s hearts.”

In the wake of the Tucson tragedy, some commentators and members of Congress have called for stricter gun laws. The proposal with the best chance for passage is one that would ban the sort-of high capacity ammunition clips used by the alleged Tucson shooter, which can hold 33 rounds in a single clip.

“These clowns want to ban magazines,” LaPierre said. “Are you kidding me? But that’s their response to the blizzard of violence and mayhem affecting our nation. One more gun law on top of all of the laws already on the books.”

“It’s going to make all of us less safe in this country, and you know what else it’s going to do? Make the deranged and the violence more safe,” he said. He added that even in the current environment, “as soon as you leave these halls, your life is in jeopardy.”

LaPierre said that the situation in Egypt shows that the Second Amendment remains necessary, as illustrated by the protests in Egypt. He said that “the presence of a firearm” in the hands of good people “makes us all safer.” 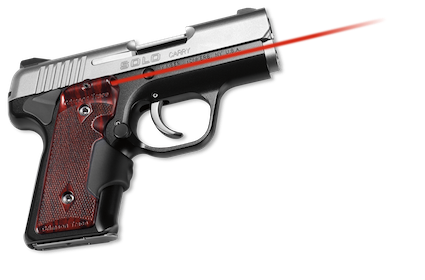