Two NYPD officers fought for their lives during an ambush back in November. The victims of an intense eight-second ambush, both wounded and in serious jeopardy, managed to stay in the fight. In the end, they not only saved their own lives, but a domestic violence victim as well.

The horrific shootout took place Nov. 24 in Queens. After a 41-year-old woman walked into a police precinct reporting domestic violence, two officers accompanied her home. Not long after walking into the home, 41-year-old Rondell Goppy walks in behind them. Footage shows him immediately open fire.

The suspect fired 11 times, reported ABC7. He struck Officer Wells in the thigh. Meanwhile, Murphy took rounds in both hands. But the officers, even wounded, fired 24 shots of their own. In the end, officers shot and killed the Goppy.

“This video is chilling and difficult to watch, but it makes one thing clear: Police Officers Wells and Murphy saved lives,” PBA President Patrick Lynch told ABC7. “They saved the lives of that domestic violence victim and her children, and they saved each other’s lives – all because they had the training, skill and courage of New York City police officers. For anyone questioning whether we need police officers responding to these types of situations, this video is the answer.”

“They saved that woman’s life,” Mayor Bill de Blasio said, reported ABC7. “I want to be crystal clear. Because these officers were there, that woman is alive.”

The NYPD ambush shows just how everything can change in a mere instant. Officers Wells and Murphy faced an incredibly difficult scenario. Out of nowhere, and in the blink of an eye, a bad guy tried to take them out. But they managed somehow to stay in the fight. And that made all the difference.

“There is no surprise here today what we have to be thankful for,” Police Commissioner Dermot Shea said following the officers’ release from the hospital, reported ABC7. 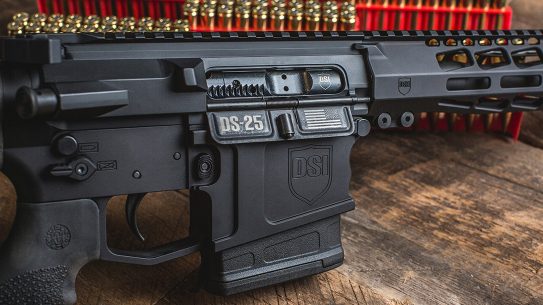