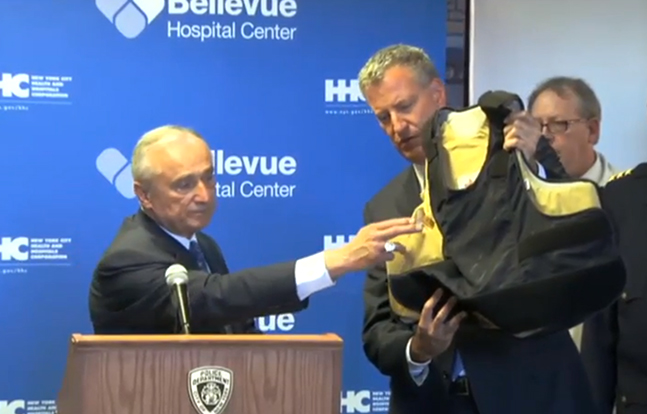 The last of three law enforcement officers who were injured during a Monday morning shootout in New York City’s West Village is expected to be released from Bellevue Hospital Wednesday.

NBC New York reported that New York Police Department (NYPD) Detective Mario Muniz will be released around noon. He had been shot twice — once in his abdomen and once in his chest. The bullet aimed at Muniz’s chest was stopped by a bulletproof vest.

Two U.S. Marshals were shot alongside Muniz — one agent was shot in the elbow and the other in the leg. Both were released Tuesday from Bellevue Hospital.

The suspect in the shootout, identified as 32-year-old Charles Mozdir, was killed by the officers.

Mozdir had been accused of sexually assaulting a boy he babysat in Coronado, California, near San Diego. The 32-year-old was recently profiled on “The Hunt with John Walsh,” a CNN show similar to “America’s Most Wanted.”

Police Commissioner William Bratton said during a Monday press conference that Muniz’s live was more than likely saved by his bulletproof vest.

Both Bratton and Mayor Bill de Blasio praised the NYPD’s vests for their important role during the shootout.

“I want to amplify the point that the commissioner made, this is an example of these men being protected by their vests,” de Blasio said at a press conference Monday. “It’s such an important piece of protection that each of our officers has.” 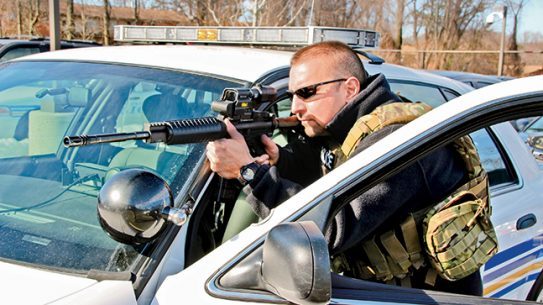