Investigators have been infiltrating Muslim student groups at Brooklyn College and other schools in the city, monitoring their Internet activity and placing undercover agents in their ranks, police documents obtained by The Associated Press show. Legal experts say the operation may have broken a 19-year-old pact with the colleges and violated U.S. privacy laws, jeopardizing millions of dollars in federal research money and student aid.

The infiltration was part of a secret NYPD intelligence-gathering effort that put entire Muslim communities under scrutiny. Police photographed restaurants and grocery stores that cater to Muslims and built databases showing where people shopped, got their hair cut and prayed. The AP reported on the secret campaign in a series of stories beginning in August.

The majority of Islamic terrorism cases involve young men, and infiltrating student groups gave police access to that demographic. Alarmed professors and students, however, say it smacks of the FBI spying conducted on college campuses in the 1960s. They are calling on college administrators to investigate.

Source: Chris Hawley and Matt Apuzo for the Associated Press. 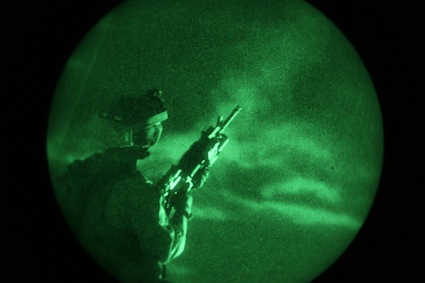 Special Operations and CIA are first in, last out of Afghanistan.