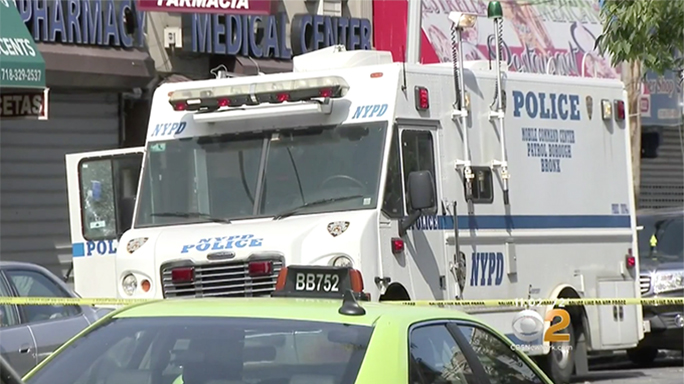 In the wake of the tragic murder of NYPD Officer Myosotis Familia, a 12-year veteran of the department who was shot and killed as she sat inside a mobile command unit in the Bronx last Wednesday morning, New York City mayor Bill de Blasio has announced plans to invest $1.3 million towards installing bullet-resistant door panels, window inserts and other safety features on all 72 command vehicles used by NYPD personnel.

“Together, as we mourn the loss of Officer Familia, we are reminded of our sense of community and that the safety of our men and women in blue who patrol our City every day to protect the lives of New Yorkers is paramount,” Mayor de Blasio said in a statement. “The investment builds on this Administration’s previous commitment towards outfitting NYPD patrol vehicles with safety measures that allow our officers to do their jobs, and it is fundamental that we continue to identify ways to keep them safe.”

At 12:30 a.m. on July 5, 34-year-old Alexander Bonds walked up to the passenger side of a NYPD mobile command vehicle parked at East 183rd Street and Morris Avenue in the Fordham Heights neighborhood of the Bronx and opened fire through the window. Familia was shot in the head and later died after being transported to an area hospital. Bonds was shot and killed by responding officers after her partner, who was sitting next to her, radioed for backup.

“My goal as the Police Commissioner is to do whatever I can to protect and equip our police officers,” NYPD Police Commissioner James P. O’Neill added. “This added ballistic protection will do just that. As we learn more from the senseless murder of Police Officer Familia, we will continue to look at any additional measures the Department can take to protect those who protect us.”

In 2014 after the shooting deaths of NYPD Officers Wenjian Liu and Rafael Ramos, the city said it would allocate $6.8 million to equip all 3,813 NYPD patrol vehicles with bullet-resistant panels to protect the doors, plus an additional $10.4 million for bullet-resistant window inserts. Thus far, 2,100 vehicles have been outfitted with the bullet-resistant door panels, with that part of the project on track to be completed by the end of 2017. The first 500 window inserts are set to be finished this month.

The press release doesn’t say exactly when the mobile command units will be upgraded, but de Blasio’s press secretary Eric Phillips tweeted that it would be “done by the end of the year.” 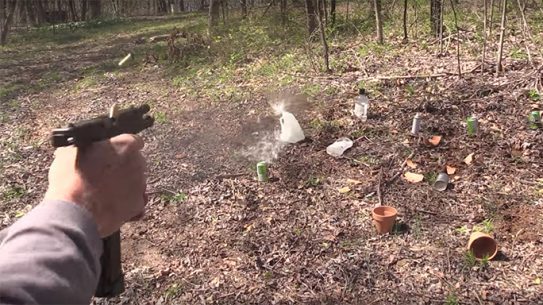 Not many people get the opportunity to fire a full auto Glock 17, but...