All of a sudden, it seems like the NYPD is under siege. Monday we reported on deadly ambush on NYPD officers in Queens. Now recently released footage shows a suspect open fire during a wild Brooklyn shootout with officers March 7.

Two NYPD officers suffered gunshot wounds during the shootout. One suffered a grazed leg, while a second officer took a round in his bulletproof vest. Both officers were stable at the hospital. Ambushed, from above, in extremely tight quarters, it’s astonishing the injuries proved so minor.

The incident began when officers responded to a 911 call. A man claimed his roommate shot him. Upon arrival, officers encountered 44-year-old Ridhwaan Abdur Rashid.

“Like, ‘Boom, boom, boom, boom, boom!'” described neighbor Kristen Dauro to ABC7. “And it’s almost like, ‘Was that gunshots?’ And I don’t really hear a lot of gunshots, fortunately, in my life, but this was a distinct noise.”

The firefight morphed into a brief standoff, reported ABC7. Police eventually got the suspect out of the apartment and into custody without further incident. Police described Abdur Rashid as seemingly emotionally disturbed. Authorities transported the suspect to a local hospital for evaluation.

“What last night reminds is two things: One, there is no routine call,” NYPD Police Commissioner Dermot Shea told ABC7. “And number two, police officers have split-second decisions to make life and death circumstances. We have seen this far too often lately.”

Abdur Rashid now faces charges of attempted murder of a police officer, attempted murder and criminal possession of a weapon and unlawful imprisonment, reported ABC7. The gunman’s original victim suffered gunshots in both legs. Officials transported him to a local hospital, and he is listed in stable condition. 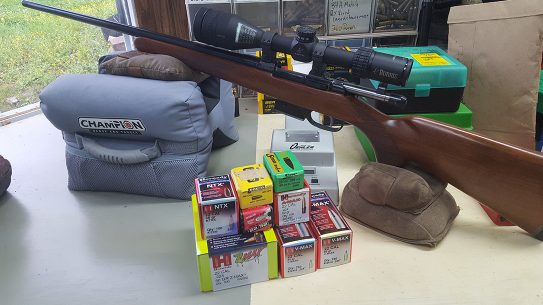 Why the 221 Fireball Still Screams Fun After Every Single Shot