In a White House announcement, Obama said he will appoint a cyber security coordinator for the critical infrastructure that all Americans depend on.

“We will ensure that these networks are secure, trustworthy and resilient,” he said. “We will deter, prevent, detect and defend against attacks, and recover quickly from any disruptions or damage.”

The cyber security office will orchestrate and integrate all cyber security policies for the government, the president said. It will work closely with the Office of Management and Budget to ensure agency budgets reflect those priorities, and, in the event of major cyber incident or attack, it will coordinate government response.

The cyber security coordinator will be a member of the national security staff and will serve on the president’s national economic council.

“To ensure that policies keep faith with our fundamental values, this office will also include an official with a portfolio specifically dedicated to safeguarding the privacy and civil liberties of the American people,” Obama said. “Clear milestones and performance metrics will measure progress.”

The cyber infrastructure is not limited to the federal government. The office will work with state and local governments and international partners to combat cyber attacks, and also will work with the private sector to ensure an organized and unified response to future cyber incidents.

“Given the enormous damage that can be caused by even a single cyber attack, ad hoc responses will not do,” Obama said. “Nor is it sufficient to simply strengthen our defenses after incidents or attacks occur. Just as we do for natural disasters, we have to have plans and resources in place beforehand, sharing information, issuing warnings and ensuring a coordinated response.”

America’s economic prosperity in the 21st century will depend on cyber security, which also affects public safety and national security, the president said. “We count on computer networks to deliver our oil and gas, our power and our water,” he said. Computers help run public transportation networks from the skies to subways, he noted, and hackers have launched attacks on electrical grids.

“Our technological advantage is a key to America’s military dominance, but our defense and military networks are under constant attacks,” he said. “Al-Qaida and other terrorist groups have spoken of their desire to unleash a cyber attack on our country, attacks that are harder to detect and harder to defend against. Indeed, in today’s world, acts of terror could come not only from a few extremists in suicide vests, but from a few keystrokes on the computer – a weapon of mass disruption.”

Part of the program is a national campaign to promote cyber security awareness and digital literacy. The effort also will be part of the president’s initiative to build a digital work force for the 21st century.

“The task I have described will not be easy,” he said. “Some 1.5 billion people around the world are already online, and more are logging on every day. Groups and governments are sharpening their cyber capabilities. Protecting our prosperity and security in this globalized world is going to be a long, difficult struggle, demanding patience and persistence over many years.” 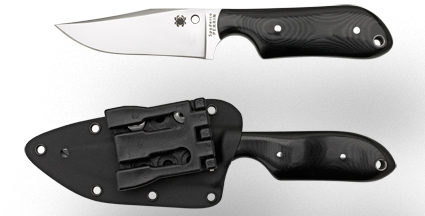