WASHINGTON– President Barack Obama continued his efforts to fill key Defense Department posts, announcing plans today to nominate two more people and to have three others continue to serve in their current posts.

The White House also announced that Michael B. Donley will continue serving as Air Force secretary, retired Air Force Lt. Gen. James R. Clapper will remain on board as undersecretary for intelligence, and Michael G. Vickers will remain as assistant secretary for special operations and low-intensity conflict and interdependent capabilities.

“I am confident that these distinguished individuals have the commitment and expertise to help guide the Department of Defense at this critical time for our nation,” Obama said in a statement released by the White House.

“Under the leadership of Secretary Gates, this group will help us maintain a strong and effective military to accomplish the fundamental goals of keeping America safe, advancing our interests abroad and restoring American leadership in the world,” the president said.

A former assistant professor at Duke University and senior staff member for the House Armed Services Committee, Miller is a member of the International Institute for Strategic Studies and the Combating WMD Panel of the Defense Department’s Threat Reduction Advisory Committee.

Gregson has been a foreign policy and military affairs consultant for WCG & Associates International since 2006. He previously served as chief operating officer for the U.S. Olympic Committee.

Before his assignments in Japan, Gregson was director of Asia-Pacific policy in the Office of the Secretary of Defense from 1998 to 2000. He has served in the Marine Corps since his graduation from the U.S. Naval Academy and is a graduate of the U.S. Naval War College.

Clapper was confirmed by the Senate as undersecretary for intelligence April 11, 2007.

Vickers was confirmed as assistant secretary for special operations and low-intensity conflict and interdependent capabilities July 23, 2007. 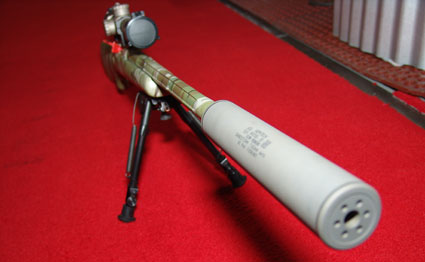