ARLINGTON NATIONAL CEMETERY, Va., Nov. 11, 2009 – America will fulfill its obligation to take care of and value those who have sacrificed for the country, President Barack Obama said here today.

A day after attending a memorial service at Fort Hood, Texas, the president presided over a Veterans Day ceremony here. The Memorial Amphitheater was cold, rainy and wet, yet still packed as people from around the United States gathered to pay respects to veterans for their contributions and sacrifices.

Obama referenced his visit to Fort Hood, where soldiers and their families are coming to terms with a horrific attack that killed 13 and wounded many others.

“Yesterday I visited troops at Fort Hood,” the commander-in-chief said. “We gathered in remembrance of those we recently lost. We paid tribute to the lives they led. “There was something that I saw in them, something that I see in the eyes of every soldier and sailor, airman, Marine and Coast Guardsman that I have had the privilege to meet in this country and around the world. And that thing is determination.”

Obama said today’s servicemembers already deserve a place alongside previous generations’ for their courage and the sacrifices that they have made.

“In an era where so many acted only in pursuit of narrow self-interest, they’ve chosen the opposite,” he said. “They chose to serve the cause that is greater than self, many even after they knew they’d be sent into harm’s way.”

“They have protected us from danger and they have given others the opportunity for a better life,” he said. “So to all of them, to our veterans, to the fallen and to their families, there’s no tribute, no commemoration, no praise that can truly match the magnitude of your service and your sacrifice.”

The president vowed the country would recognize their services and said that America is going to do right by them. He noted the words of President George Washington who said, “When we assumed the soldier, we did not lay aside the citizen.”

American servicemembers continue to contribute to the United States once they are through with service.

“Just as the contributions that our servicemen and women make to this nation don’t end when they take off their uniform, neither do our obligations to them,” Obama said. “When we fulfill those obligations, we aren’t just keeping faith with our veterans; we are keeping faith with the ideals of service and sacrifice upon which this republic was founded.”

Obama said the nation has not always acted that way. Vietnam veterans served with great honor, he said, but were met with condemnation and neglect when they returned from war.

“That’s something that will never happen again,” the president said. “To them and to all who have served in every battle, in every war, we say that it’s never too late to say thank you. We honor your service. We are forever grateful. And just as you have not forgotten your missing comrades, neither, ever, will we.”

The president said the nation also has an obligation to the families of those who serve, and vowed the country “will not let you down. We will take care of our own.”

Obama had a special message to Americans serving around the world. “When your tour ends, when you see our flag, when you touch our soil, you will be home in an America that is forever here for you, just as you’ve been there for us,” he said. “That is my promise – our nation’s promise – to you.” 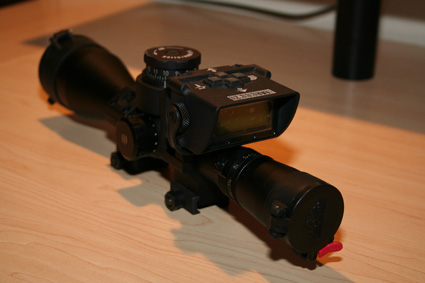