WASHINGTON– Commanders in Afghanistan have asked for more of the mine-resistant, ambush-protected vehicles the military calls “MRAPs,” the Pentagon’s press secretary said today. There are roughly 800 MRAPs in Afghanistan. “It’s safe to say that commanders are interested” in more of the vehicles, Geoff Morrell told reporters.

Though the request is unofficial so far, it was relayed by Army Maj. Gen. Jeffrey J. Schloesser, commander of Combined Task Force 101 at Bagram Airfield to Joint Chiefs of Staff Chairman Navy Adm. Mike Mullen during the chairman’s recent visit to Afghanistan.

Part of the request may be tied to the normal planning that always goes on, another senior Pentagon spokesman said. If the number of U.S. troops goes up in Afghanistan – which President Bush and Defense Secretary Robert M. Gates would like to see happen – then the number of MRAPs in the country will have to grow also, Pentagon spokesman Bryan Whitman explained.

“Certainly, that type of planning takes place at various levels all the time,” Whitman said. “Force protection is key to any force-planning construct.”

Morrell said there 800 MRAPs are in the country already, and officials would like about 200 more.

U.S. commanders in Afghanistan want the RG-31, the smaller of two versions of the MRAP, because it’s better suited for the unimproved roads and rugged terrain of the country. “The RG-31 is the MRAP of choice in Afghanistan,” Morrell said.

The fact that the task force commander spoke to Mullen is not strange in the least, Morrell said.

“The chairman has made it very clear that [commanders] should not be bashful about speaking up if they need more forces than they currently have,” Morrell said. “[Commanders] should not worry about the overall stress on the force and be mindful of what their needs are in their areas of responsiblity. DoD leaders will determine if it is possible to meet their needs.

“‘Speak up if you need them, and we’ll see what we can do’ is the way it works,” Morrell said. 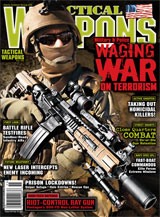 WASHINGTON– Commanders in Afghanistan have asked for more of the mine-resistant, ambush-protected vehicles the…