An Ohio man is in handcuffs after he stole a police cruiser and led officers on an hour-long chase that topped out at over 100 miles per hour. Check out the dash cam footage from a pursuing officer’s vehicle above. Footage from inside the stolen police cruiser, as well as from a bystander’s cell phone video capturing the initial car theft, can be seen below.

Cleveland.com says it all started when Lorain police officers arrived at a house after getting a call about a man “in distress.” Upon arrival and running his information through the system, it was discovered that the suspect, 30-year-old Brandon Pettry, was wanted by the Lorain County Sheriff’s Office for breaking and entering.

The officers took Pettry into custody and brought him to a parking lot where they were going to hand him off to Lorain County sheriff’s deputies. But Pettry wasn’t about to go quietly. He instead proceeded to attack the LEOs at the scene.

During the melee, Pettry managed to steal an empty police cruiser and drive away, sparking off a high-speed vehicle pursuit.

According to the Lorain Morning Journal, Pettry started out west on State Route 113. He then drove the police cruiser onto U.S. Route 250 and made it to State Route 13 before police used a spike strip to puncture one of the tires. Pettry subsequently lost control of the cruiser and spun out into a nearby field, at which point he was taken into custody.

Pettry was transported to a local hospital for treatment of a head laceration. The two Lorain police officers were also hospitalized for “minor injuries,” Cleveland.com reported.

Erie County Sheriff Paul Sigsworth noted that there were firearms in the stolen police cruiser.

“Extremely dangerous situation. He was driving very, very recklessly and of course, the cruiser had firearms in it,” Sigsworth told Fox 8. “Fortunately, the weapons were apparently secured, as they normally would be. He was unable to access those firearms.”

News 5 Cleveland says Pettry has been charged with failure to comply with a police order; grand theft of a motor vehicle; and three counts of assault on a police officer. 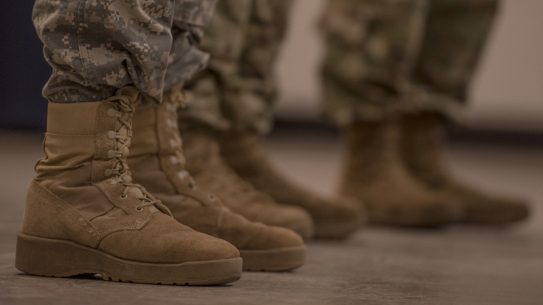 The former head of Wellco Enterprises has been hit with a three-year prison sentence...