Visit msnbc.com for breaking news, world news, and news about the economy

Daniel Almond, a three-tour veteran of Iraq, is ready to “muster outside D.C.” on Monday with several dozen other self-proclaimed patriots, all of them armed. They intend to make history as the first people to take their guns to a demonstration in a national park, and the Virginia rally is deliberately being held just a few miles from the Capitol and the White House.

Almond plans to have his pistol loaded and openly carried, his rifle unloaded and slung to the rear, a bandoleer of magazines containing ammunition draped over his polo-shirted shoulder. The Atlanta area real estate agent organized the rally because he is upset about health-care reform, climate control, bank bailouts, drug laws and what he sees as President Obama’s insistence on and the Democratic Congress’s capitulation to a “totalitarian socialism” that tramples individual rights.

A member of several heretofore little-known groups, including Jews for the Preservation of Firearms Ownership and Oath Keepers — former and active military and law enforcement officials who have vowed to resist laws they deem unconstitutional — Almond, 31, considers packing heat on the doorstep of the federal government within the mainstream of political speech.

Others consider it an alarming escalation of paranoia and anger in the age of Obama.

“What I think is important to note is that many of the speakers have really threatened violence, and it’s a real threat to the rule of law,” Josh Horwitz, executive director of the Coalition to Stop Gun Violence, said of the program for the armed rally. “They are calling health care and taxes that have been duly enacted by a democratically elected Congress tyrannical, and they feel they have a right to confront that individually.”

On the lineup are several heroes of the militia movement, including Mike Vanderboegh, who advocated throwing bricks through the windows of Democrats who voted for the health-care bill; Tom Fernandez, who has established a nationwide call tree to mobilize an armed resistance to any government order to seize firearms; and former Arizona sheriff Richard Mack, who refused to enforce the Brady law and then won a Supreme Court verdict that weakened its background-check provisions.

Those coming to the “Restore the Constitution” rally give Obama no quarter for signing the law that permits them to bring their guns to Fort Hunt, run by the National Park Service, and to Gravelly Point on the banks of the Potomac River. Nor are they comforted by a broad expansion of gun rights in several states since his election.

Source: Ann Gerhart for The Washington Post via MSNBC. 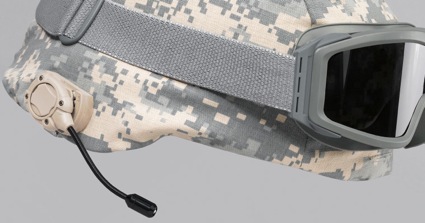